An Incredible Eulogy, What’s Your Legacy? (#8) 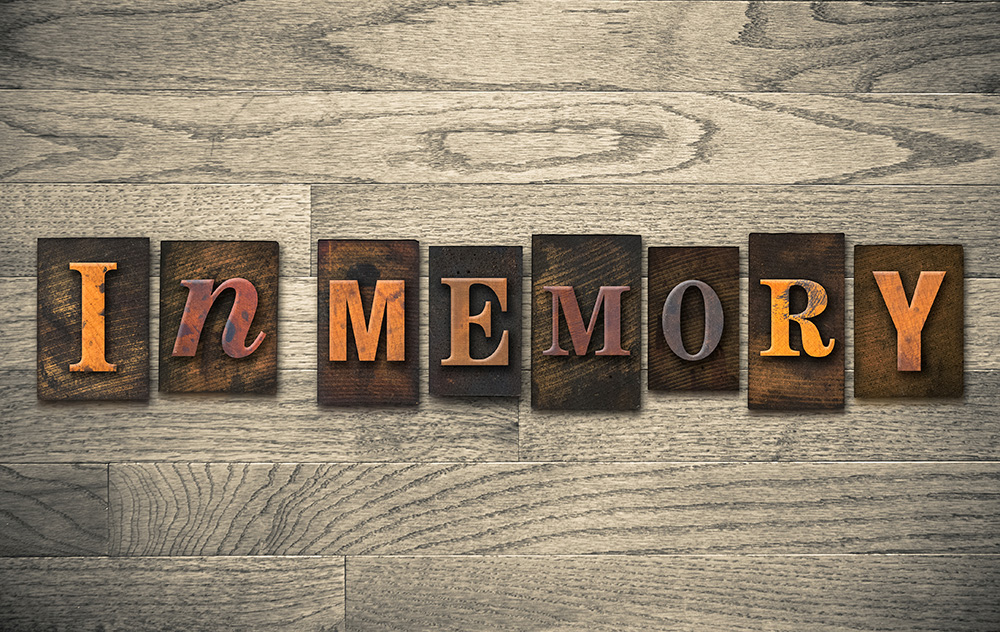 It is said that there are only two certainties in life: death and taxes. A few years back at a training program, we were asked to write our own eulogies. Although it was very difficult and emotional, the intention was to help us think about what we want our legacy to be so that we could be more directed and purposeful with how we lived our lives.

Creating a legacy in our life is not very different from creating a company culture; it’s something that is designed to live beyond you and serve a greater purpose. We have talked a lot about living with intention this year and how contemplating your own legacy – both at AP and in your life – can have a big impact on how you spend your energy. How do you want others to speak about you? What impact do you want to have on their lives and careers?

A few weeks’ back, I was sent an incredible eulogy of someone who I had never met, but whose story inspired me to think more about my own legacy. It is pasted below and definitely worth a read.

“Whatever you are, be a good one.”

Today, Rick and I lost my beloved father-in-law, Dr. Eric F. Sharton at the ripe old age of 90.  Eric was simply an incredible man who led an amazing life.  He was a prominent physician, sailor, builder, avid reader, chess player, tennis player, and opera aficionado; and he knew something or other about any subject you could possibly bring up.  In short, he was a true Renaissance man.  He was a loving husband and father and leaves his wife of 61 years, Joy, his three sons, Rick, Bob and Jim, six grandsons and three granddaughters.

His peaceful passing at the age of 90 is all the more remarkable in the context of his life.  A Holocaust survivor, he grew up in Vienna, losing not only life as he knew it at the age of 13, but many of his beloved aunts, uncles and his grandparents to the evil of the Holocaust.  Born on March 27, 1925 to Felix and Bertha Sharton, Eric’s home growing up in Vienna was on Stumpergrasse Street-the same street on which an 18 year old aspiring artist named Adolf Hitler briefly lived with a musician friend.  When Hitler was twice rejected by the Academy of Fine Arts at Schilllerplatz, he abruptly left Vienna.  Eric’s father (Rick’s grandfather), Felix Sharton, was a doctorate in music and philosophy, and a professor of both at the University of Vienna.  His travels around Europe had alerted him to the danger that was brewing.   He filed applications for visas to leave Austria but the Nazis marched in before those visas came through.  On the evening of November 9, 1938, Felix walked through Vienna Square on what became known as Kristallnacht and was spared only because of his blonde hair and blue eyes—seeing his fair features, the soldiers assumed he wasn’t Jewish and waved him on his way, telling him to “go home, it is just a bunch of Jews.”  Shortly after that night, Eric and his parents fled Vienna, traveling to London, where Eric’s father found work as a gardener.  Decades later, Eric recalled the tension on the train as the border police boarded the train and checked everyone’s papers.  When the train passed into Holland, he recalled the cheers and yelling from all of the passengers, and said only then did everyone let out a breath.  Their time in London was equally remarkable and deeply steeped in what would become the history of World War II.  While in London, Eric’s father caught a Nazi spy who was waiting in line with them posing as a fellow refugee, asking questions of those in line about where relatives were hiding and where bank accounts were located in the countries they had left behind.  Felix’s antenna was up and he did some of his own sleuthing—returning to the same office for the next few days and seeing the same man standing in line asking the same questions.  He alerted the authorities, who investigated and later went back to Felix to confirm that the man he had seen was indeed a Nazi spy gathering information.   The spy was arrested and the ring broken up.  A grateful Scotland Yard asked Felix what they could do for him and he asked simply for safe passage to America for his family.   In November, 1939, Eric set sail with his parents on the SS President Harding from Southhampton, England.  They would be among the last passengers of that ship as the Harding was bombed by a German aircraft six months later while making that same passage.  Determining that the family’s prospects in refugee packed New York would be slim, Felix moved the family to Chicago, where Eric attended high school.  His command of English at that point was still fledgling, and Eric credits a high school friend whom he walked to and from school with daily in helping him learn English by correcting him every single time he made a mistake.  (He had no trace of an accent whatsoever but his sons would tease him right up until the end saying, “someday you’ll lose that accent Dad.”)

Eric not only mastered the language, he embraced his new country and excelled.  He ultimately graduated from the University of Chicago with a B.S. and then the University of Chicago Medical School where he graduated in the top 10 students in his class. With the end of the war in 1945, Eric and his family learned the fate of their loved ones left behind in Europe.  Later, Eric’s father would spend almost two years away from the family, living in Nuremberg and bringing some of the perpetrators to justice.  Felix had attended law school in Vienna and, answering an ad looking for someone with legal training who knew the language and local customs, he traveled to Nuremberg and worked as part of the prosecution team in the war crimes trials.

Eric went on to have a very successful medical career.  He did his training at Boston Medical Center and spent many years in private practice in Boston as an internist.  He was the Chief of the Medical Staff at Faulkner Hospital and, post-retirement from his practice, served for a decade as the head of the Mass PRO (peer review organization) for physicians.  He married Joy Davis in 1953 and they had three sons.  He had so many hobbies it is hard to do them justice.  He was a good seamstress (if there is a male version of this word, I don’t know it) and did all of the sewing for the family, and even for us I must admit.   He built incredible structures—including outside showers and decks and porches at their cape houses, and he did all of the work on his sailboat, named the Fidelio, after his favorite opera.  He could fix absolutely anything and was the world’s best handyman.  In our early years as homeowners, this came in handy as unfortunately he did not pass this skill on to Rick or Jim (Bob got this training in spades).  He was an avid tennis player and for years would regale his two sons who are tennis professionals and I with lengthy play by plays from his weekly game with his friend “Claude.”  We never did meet Claude but ask us anything about his tennis game!  He had thousands of opera CDs and nothing made him happier than to listen to them.  Up until these past couple of years, he and Joy enjoyed going to the Opera together.  Just yesterday, we put on opera music near his bedside and he could tell us who the composers were, as he moved his hands as if conducting the music.

In short, this was a man who led life to the fullest in everything he did.  Despite the trauma of his childhood, Eric was an incredibly optimistic person.  He was always upbeat and positive and one of the sweetest souls I have ever encountered. He always had a smile on his face and a kind word to say.  He was such a loving man, and he lived for his wife and three sons. He was proud of his children and grandchildren and they could do no wrong.  Neither could I for that matter.  He was a friend to my law firm, Goodwin Procter, and in earlier years would come into the office at my behest to be serve as an expert witness in our mock trials, to be cross-examined by the late, great Litigation partner, Pete Simonds.  He gave Pete a run for his money on those cross-examinations and those of us who were associates at Goodwin at the time enjoyed watching someone take Pete on.  Pete loved it!

Eric and I had a special bond.  We were born on the same day, exactly 40 years apart and we celebrated every birthday together for the past 30 years.  This past March, we had a party for Eric’s 90th and my 50th.  He was philosophical.  Eric mentioned that he had survived a lot during his lifetime, even Hitler.  It made an impression because he didn’t often mention that name.  He was thinking about how much life had given him and how lucky he was.  Living through such dark days left him not scarred, but instead embracing life and living it to the fullest extent, with an incredibly positive attitude that served him well throughout.  It is something that I always found remarkable about him.  And it is a life example I wanted to share.   It is so easy to get caught up in the trials and tribulations of our every-day life, careers, school etc.  Problems that seem monumental to us pale in comparison to the backdrop of the issues Eric and his parents faced.  He was kicked out of his private school in Vienna, forced to leave the only home/country he knew with next to nothing, leave his friends and culture and beloved family members behind, simply because he was Jewish.  Yet he never once let what happened make him bitter or negative.  Instead, he built a new life for himself and jumped into it full bore, with both feet and nothing but optimism.   He had those same beautiful blue eyes that had saved his father’s life and they usually had a twinkle in them.

If you’re still reading, thanks for doing so and for letting me share this with you. These are life lessons that I didn’t want to die along with this remarkable man.