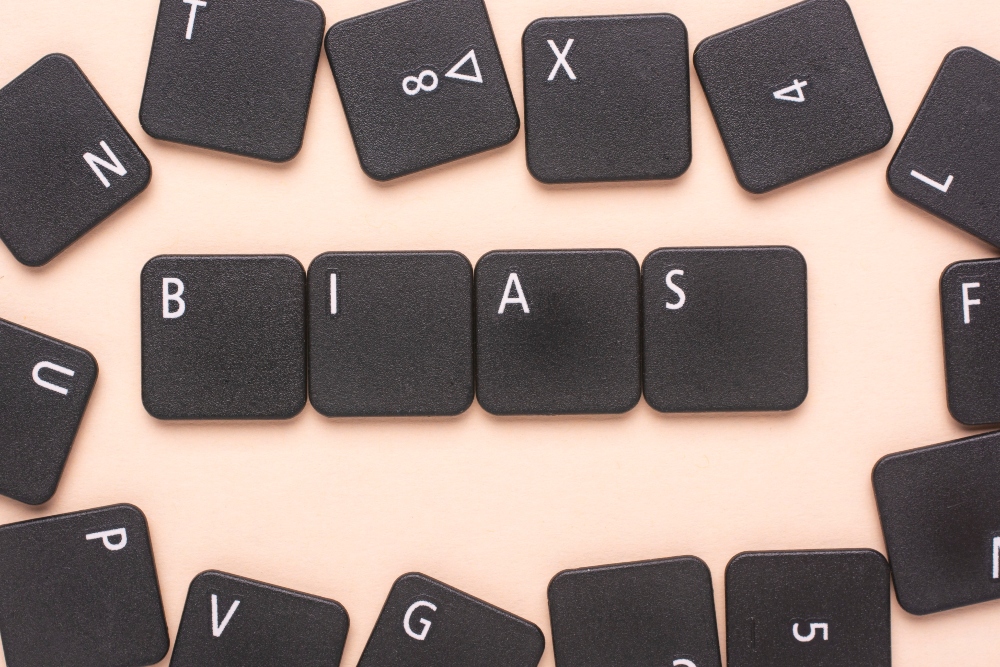 Having thought about it a lot over the past few weeks, I am biased.

In fact, we are all biased. No two people see the world the same way–we each view it through the lens of our own experiences, values and viewpoints.

Biases aren’t inherently bad; they are part of what makes us human and fundamentally different from a computer algorithm. Here are some examples:

We need to accept that we have biases, because we all do. Our environments, cultures and our past experiences determine many of our principles and opinions.

A majority of the time, these biases manifest as personal preferences that are not harmful to others. For example, my belief that India Pale Ale (IPA) is a fundamentally superior beer to lager doesn’t hurt anyone.

By contrast, the biases we have been discussing on a societal scale the past few weeks are beliefs and actions that disproportionately harm or have the potential to threaten large groups of people. Addressing biases such as systemic racism, or even the value of wearing a mask, often requires being open-minded and willing to change one’s own thinking and beliefs. We must be willing to evolve our perspectives and focus on getting it right, rather than being right.

In his groundbreaking #1 New York Times bestselling book, How to Be An Antiracist, Ibram X. Kendi begins by detailing an award-winning speech he gave in high school. Kendi discusses how he came to understand his speech, like many of his own beliefs, was fundamentally racist, before evolving his viewpoint.

We must be willing to change our own minds and share knowledge to help others do the same. We need to be mind-changers, of which there are two kinds: the people who are open to change and those who are successful at creating it. Here’s how they do this:

These are the people who can successfully persuade others to overcome their biases. When they are in a debate or dialogue, they are engaging, rather than dismissive. Their arguments lean on facts and historical background, rather than emotion and opinion. They seek to explain and educate, rather than to attack. They never apply pejorative group labels to individuals (i.e. “stupid liberal”). Even when you disagree with this type of person, you often learn a new point of view you had not previously considered.

These people are most open to challenging their preconceived biases. They seek to understand the perspective of others and are open to a dialogue or debate about their own beliefs. They listen and thank people for sharing their perspective and feedback. They contemplate before responding. They frequently question their own assumptions, unprompted. They surround themselves with people who challenge them and make it safe for others to do so. They have a growth mindset, are open to evolving their thinking and like to get out of their comfort zone.

Derek Sivers is an example of an Open-Minder. In my recent podcast with Sivers, a brilliant and reclusive thought leader, he shared that “changing his mind is one of his favorite things in the world.” How many people do you know who would say that?

Where would you be better off in your life or work if you were more willing to change your mind or beliefs?

“The test of a first-rate intelligence is the ability to hold two opposed ideas in the mind at the same time, and still retain the ability to function.”