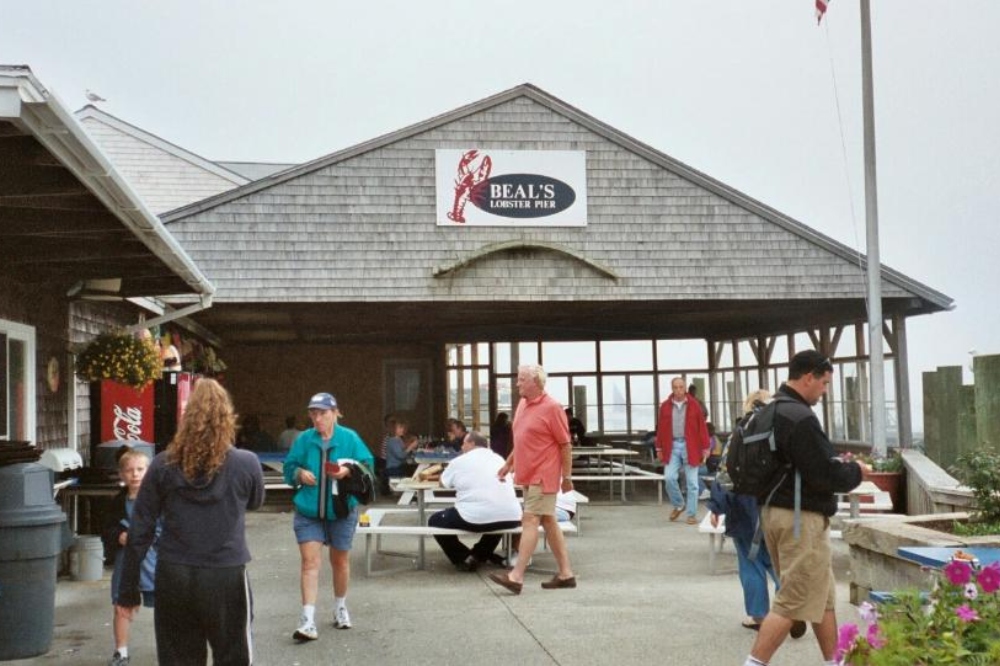 Last week, I had a chance to enjoy some extended rest and relaxation in the state of Maine which is known for its lakes, beaches and seafood—especially lobster. In the summer, a top destination is Maine’s array of family-owned seafood shacks where diners order at a counter, pick up food and eat at picnic tables outdoors. They’re fast, fresh and perfect for a pandemic.

Our family made a list of the restaurants we wanted to try and ordered takeout on our second night in Maine from a place called Beal’s Lobster, located 15 minutes away from where we were staying. When we picked up our food and brought it back to the house, we discovered our entire order was incorrect. The items that were supposed to be grilled were fried, and vice versa. We also received things we did not order, and were missing things we did.

When we called Beal’s to let them know, the woman who answered was extremely apologetic and offered to remake everything for us. Not wanting to make the 30-minute round-trip again, we said we would make do with what we had, and she offered to credit the entire order proactively.

An hour later, the owner of the restaurant called to offer his own apology. He did not make any excuses, he just wanted to also apologize personally and offered for us to come back again that week on the house. We took him up on the offer and the food was excellent, the best we had that trip.

Two nights later, we went to a different family-owned seafood shack that seated about 15 people. When we placed our orders, we were warned the wait was about 20-25 minutes as the food is typically pretty fast. After about 45 minutes, I asked about our order as our friends had already been served. One of the owners responded they had just received 30 online orders and were running behind. She promised the food would be right out and worth the wait and that she would bring it to our table. I thanked her.

After 30 more minutes, I followed up again as the kids were getting restless. The owner went right back into the same story about the surge of online orders. I said understood, but we had now been waiting for over an hour and were also told the food would be “right out” 30 minutes ago. Her response was “well, clearly, I am not going to charge you for dinner,” in a tone I would describe as doing the right thing for the wrong reason; it felt insincere and devoid of accountability or understanding. One and a half hours after we ordered, our name was finally called and I found the order bagged up for takeout.

Comparing these two restaurant experiences, the different approaches of their cultures was evident. Beal’s did not try to make excuses or tell us why they screwed up our order, they simply owned it and tried to fix it. Generally, I am a big fan of asking why to get to the root of issues. But customers often don’t want to know why; they are more interested in the solution, not the root of the problem or the intricacies of your business.

When businesses attempt to explain to a customer why they screwed up, instead of focusing on the impact of that mistake, they open up a pandora’s box of further scrutiny. When I learned the seafood shack was struggling to balance online and in-person orders, I wondered why they don’t flag the orders for people who are waiting in-person or why other orders got priority. It made things worse, not better.

In some cases, it might be helpful to let a customer know about an extreme, unexpected event, such as a natural disaster, or a warehouse fire, as the root of a problem versus a routine mistake or mismanagement. As a general rule, however, it’s better for organizations not to share these details with customers and focus instead on what’s important and relevant for them—the solution.

Organizations become great by doing the little things in a world-class fashion. Service is one of them.

“The key is when a customer walks away, thinking ‘Wow, I love doing business with them, and I want to tell others about the experience.’ ”