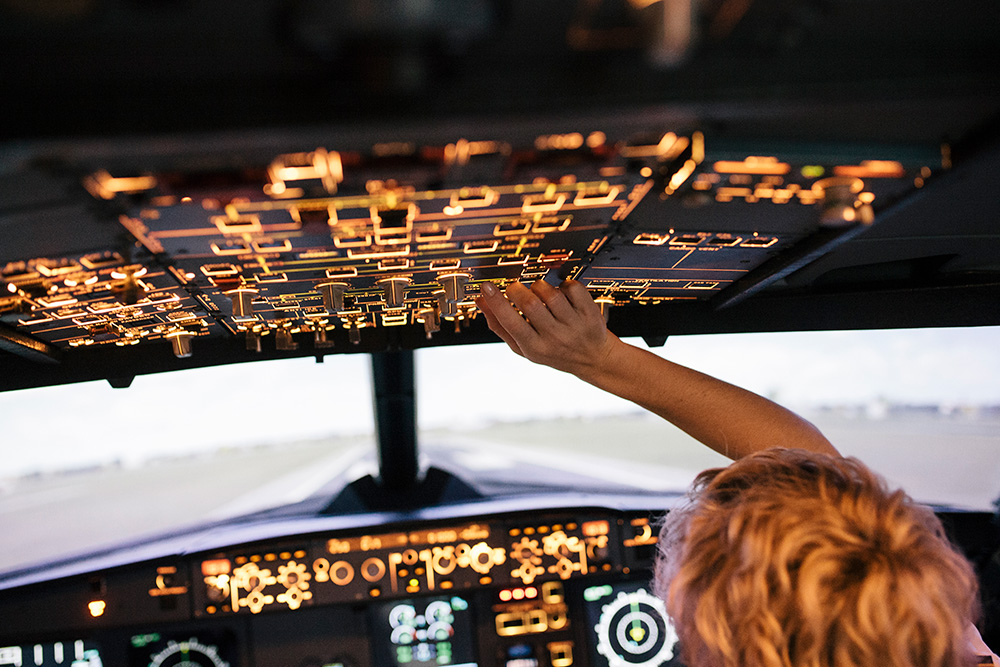 Last week, Southwest Flight 1380 made a heroic landing in Philadelphia after one of its engines exploded midflight and a fan blade punctured the cabin, causing a sudden drop in pressure.

Captain Tammie Jo Shults has been heavily praised for her heroic actions to get the plane down to an altitude where passengers could breathe and then land with one engine, avoiding what could have been an even bigger catastrophe. Captain Shults was one of the Navy’s first female fighter pilots and has been described as extraordinarily cool under pressure and impossible to rattle.

Pilots engage in some of the most rigorous training of any profession. They constantly prepare for disastrous situations and practice maneuvers that are unlikely to occur, such as landing a plane with one engine.  While most of us will never face these situations, there is a core principle that pilots are taught for handling emergencies that we could all learn from: the ANC protocol.

The ANC protocol stands for Aviate, Navigate and Communicate, in that order.

The reasons why passengers often don’t know what’s going on right away in an emergency is that it’s not the most important thing. Communication comes after gaining firm control over the situation (Aviate) and figuring out what needs to be done in order to course correct (Navigate).

There have been several corporate “emergencies” recently, most notably with Facebook and Starbucks, where executives have had to respond in real time to an evolving situation. Facebook in particular did not have a handle on the Cambridge Analytica situation before they started communicating. Starbucks fared much better.

The same cannot be said for passengers on Flight 1380, 80 percent of whom were wearing their oxygen masks incorrectly. They were too busy taking selfies and videos of the drama and trying to communicate with loved ones that they failed to follow basic safety instructions, putting their lives in danger.

Johnson & Johnson set the gold standard for how a company should manage a crisis. In 1982, cyanide-laced Tylenol capsules killed seven people in the Chicago area. J&J, led by then CEO, James Burke, took full responsibility for the tragic situation, even though their product had been tampered with.

They focused on getting the facts and controlling the situation. They also made the decision to voluntarily recall 100% of their products—despite being told it was not necessary. It was one of the first major product recalls in the U.S.

J&J also communicated frequently with affected stakeholders and rolled out new tamper-proof packaging (a market first) within six weeks. By creating trust, Tylenol’s market share recovered significantly, going from almost zero right after the crisis to a new high within a year, a rebound that surprised many experts who had emphatically declared the brand dead.

While business and community leaders can learn much from ANC and Johnson & Johnson’s Tylenol situation, there’s a lot to be said for the quality of a person during a crisis.

Captain Shults is rightly being lauded for her heroic maneuvers in landing the plane. She was skilled, stoic, calm and focused during a terrifying crisis. She was also compassionate. After the flight landed, passengers remarked on how she addressed them individually to make sure they were alright. This was, hopefully, their lasting memory of an unimaginably scary experience.