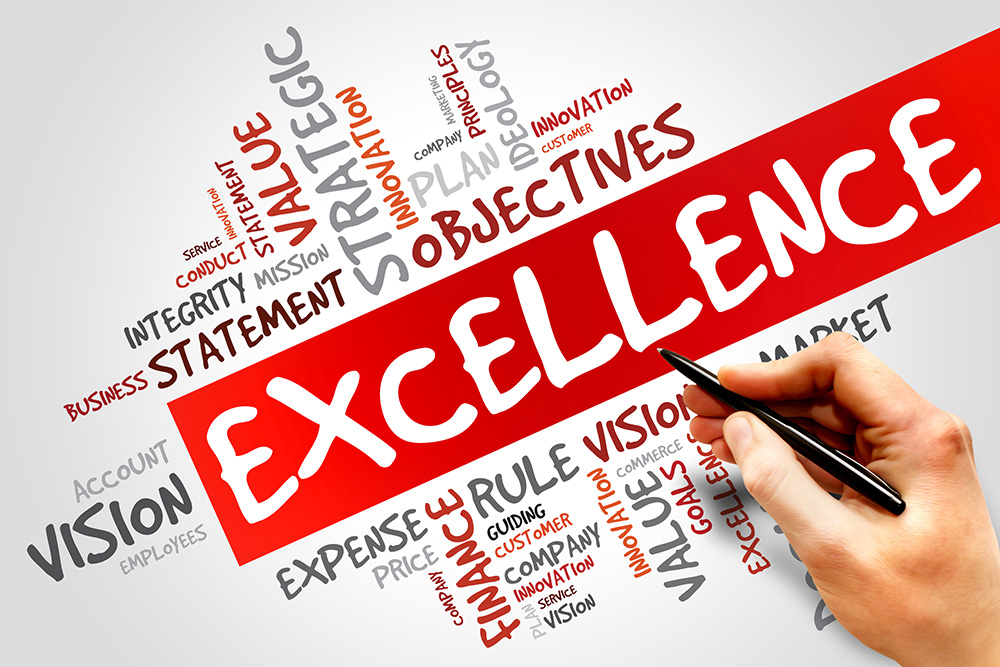 “How we do anything is how we do everything.”

This quote by Dov Seidman is one of my favorites and definitely speaks to our core values of excel and improve. Excellence is not about perfection, which can actually be unhealthy. Instead, it’s about maintaining a high standard in everything you do and being able to take pride in what you put your name to. Think of it as your personal brand and what you want that brand to be associated with each and every day.

When I think about excellence (actually, lack thereof), a recent story that comes to mind is how Nike (95% of the NBA shoe market) lost Stephen “Steph” Curry, the NBA MVP, to Under Amour. In 2013, as he was beginning to emerge in his NBA career, Curry and his father sat down with Nike to talk about a new deal. The meeting started with one Nike official mispronouncing Stephen’s name followed by a re-purposed PowerPoint slide featuring another player’s name. It was at that moment that both Steph and his father decided to move on from Nike.

Under Amour, desperate to grow their shoe business and in need for a star swooped in and presented Curry with a better offer. Fast-forward three years and Curry is the face of the NBA and has the top-selling player shoe. An analyst recently estimated Curry’s potential worth to Under Amour at more than $14 billion. Read the full story.

There are many lessons to be learned from this story, but the one that resonates the most to me is the important of committing to excellence in all that we do. I recently read a great article related to this titled, To Be an Extraordinary Achiever, Commit to Daily Excellence. Give it a read when you have a few minutes.

“The quality of a person’s life is in direct proportion to their commitment to excellence, regardless of their chosen field of endeavor.”