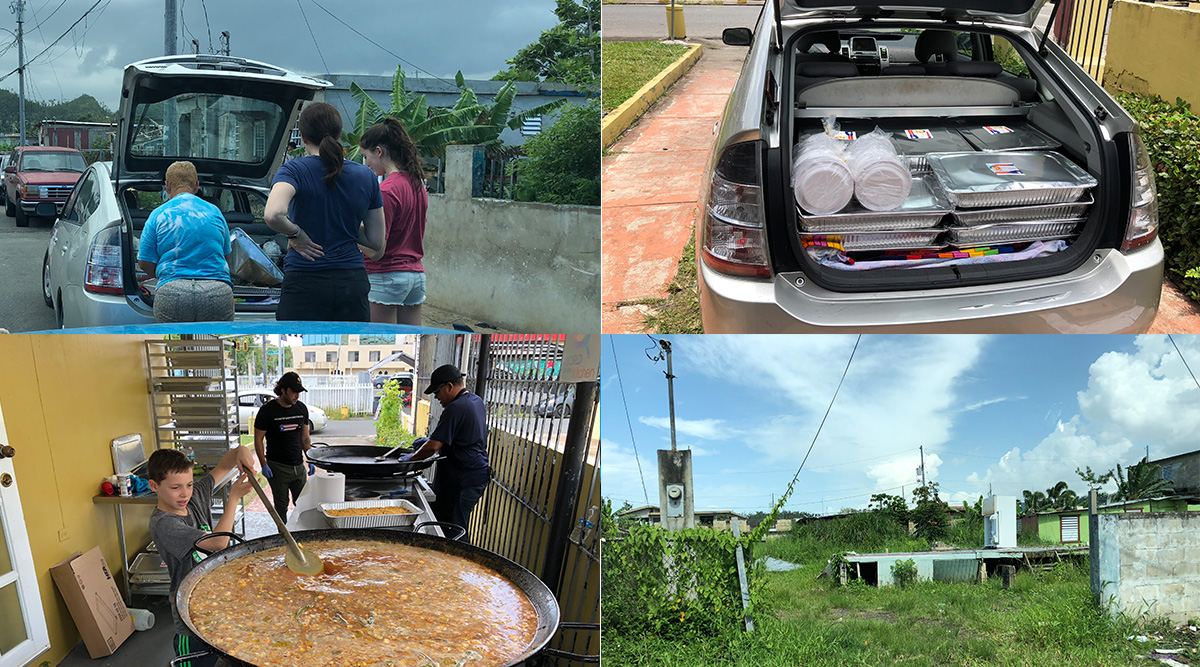 Two weeks ago, I completed one of my five-year goals. It wasn’t a race, financial achievement or a book; it was a service trip with my family.

Inspired by a similar trip that The Points Guy and his team took, we headed to Puerto Rico over the kids’ spring break and donated our time to help the community recover from the devastating effects of Hurricane Maria.

We split our four days working at two food banks and two children’s hospitals. As part of his Mitzvah project, my son was also able to raise $2,000 to purchase gifts for each of the children we visited as well as diapers and water for the hospitals.

On this incredibly rewarding trip, we each gained far more than we gave, especially in terms of stepping outside of our comfort zones and appreciation for the roles community and relationships play in our lives. 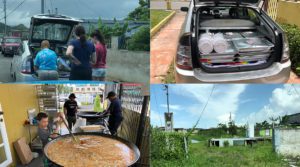 On our second day in PR, we volunteered for World Central Kitchen (WCK) a wonderful organization started by chef José Andrés. Since the storm, WCK has served more meals than the U.S. government. We cut, prepped and cooked food for hours alongside volunteer and paid chefs, despite the entire island losing power a short time into our work. No one blinked an eye, we just kept going.

While there, we were offered the opportunity to join a dedicated community organizer named Lola to deliver the food we just cooked.  With the power still out and no GPS, we followed our liaison, Griselle (Ñaña), to Lola’s house. When we arrived, Ñaña explained we were heading into some “rough” neighborhoods and put a sticker on our rental car to identify us as part of WCF. She explained that Lola would take us to the places she knew the food was needed, we’d follow them in our car and serve it out of the back of her hatchback. When we asked if where we were going was “safe,” she replied that most people knew and respected Lola, but there were a few places we should not get out right away and to follow her lead.

At this moment, my wife and I looked at each other with a bit of fear in our eyes. We were going to be following Ñaña’s car in our bright blue Jeep rental car without any way to know where we were if we got lost. On top of that, we were already in areas that made us feel uncomfortable. Honestly, we thought about turning back. Then we realized that this is where the rubber met the road.

That next hour was by far the most impactful of our trip. We weaved through some of the poorest neighborhoods I’d ever seen, even before the devastating effects of the storm. Most of the houses still standing had blue tarps for roofs and were open to the elements; power lines were down everywhere.

At the first stop, we tentatively got out to help and I locked the car for the first and last time. After a few stops, my kids were leading the way. They connected with the men, women and children coming to the car for a hot meal served by Lola. On several occasions, we heard and saw people thank god after they received their food, which was heart-breaking and heart-warming at the same time.

Seeing everyone so thankful and respectful shifted our comfort zones and perspectives. Nowhere was this more evident than during our ride back to the hotel; we now felt comfortable in areas that just a few hours earlier had made us very nervous.

Study after study has shown that money doesn’t make us happier or live longer. The one thing that has proven to do both is having quality relationships in our lives.

Community runs deep in Puerto Rico. As my kids delivered toys to the children in the hospital, we noticed how many of them were surrounded by multi-generational families. Most of the successful initiatives in Puerto Rico have been driven by the community or had significant community components, such as WCK.

Additionally, the majority of the community leaders and organizers we encountered were women, something that was not lost on my daughter. These women led not by positions of authority, but through earned respect and deference. Lola was an amazing example.

We did not take many pictures in the communities we visited as it did not feel right, but we were glad to learn that one of the volunteers working with us at WCK was also a reporter and documented our entire day with WCK for Esquire magazine.

There’s more to share from our trip, which I’ll continue next week. In the meantime, I encourage you to read the Esquire article. I think you’ll be as moved by the incredible work that these people, communities and organization are doing as my family and I were.  Also, read Part Two

“The best way to find yourself, is to lose yourself in the service of others.”