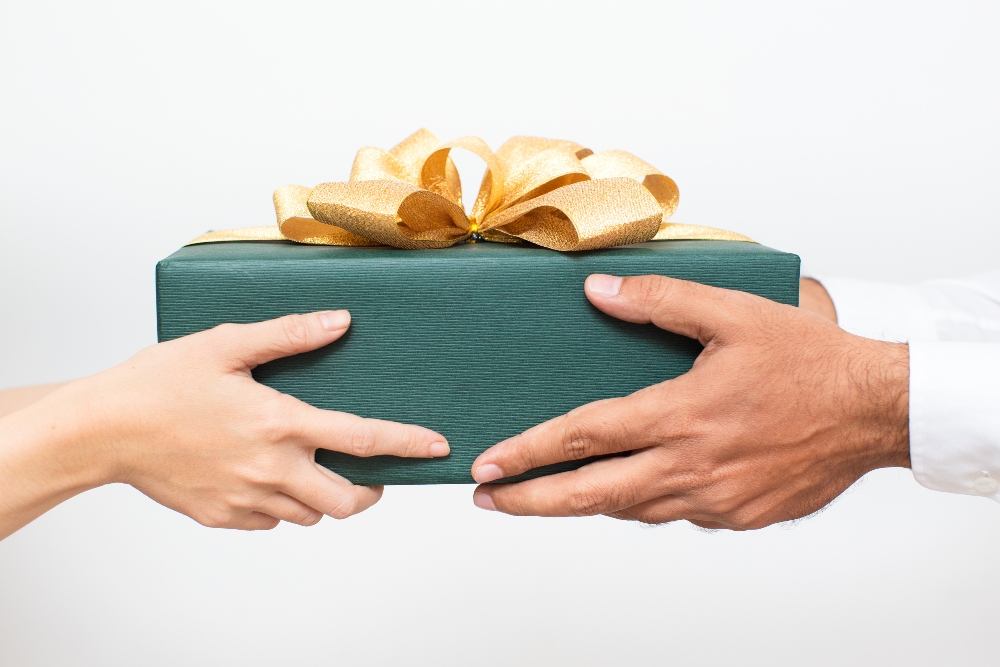 Cutco knives are to direct selling what Harvard is to business school. The legendary knife company has put hundreds of thousands of students through its sales training program, sent them out into the world to make their pitch and coach them on how to face regular rejection.

The majority go through the training, learn some sales skills and then ultimately quit. But there are those who have risen to the top of Cutco’s salesforce. Quite a few have gone on to start their own business or lead sales in a variety of industries, including bestselling author and Miracle Morning creator, Hal Elrod, and social entrepreneur Cat Hoke.

But out of the 1.5 million reps in Cutco’s 68-year history, there is one person who sold more knives than anyone – my good friend, John Ruhlin.

John’s not the slick, fast-talking sales charlatan that you might be picturing. In fact, he came from pretty humble beginnings, growing up dirt poor on a farm in Ohio. He had planned to attend medical school as a way out of farm life and decided to sell knives to help pay for it.

As a freshly minted Cutco intern, he pitched his girlfriend’s father, a local businessman and attorney by the name of Paul Miller, on the idea of using Cutco pocket knives as gifts for clients. Paul surprised him by accepting, but he said he wanted paring knives instead. When John asked why, Paul said, “Most of my clients are married and their wives tend to use paring knives a lot. I learned a long time ago that if you take care of the family, everything else seems to take care of itself.”

John took this lesson to heart and started customizing his Cutco sales approach. Investing his own money, he ordered knife sets with the names of CEO prospects and their spouse on them and attached a note that read, “Can you carve out 5 minutes for me?”

From there his business started to take off and he decided to put his medical school ambitions on hold.

A few years later, John saw Cameron “Cam” Herold speak at a conference. Cam is a sought-after coach for helping businesses scale. Although John couldn’t afford Cam’s coaching, he wanted to pick his brain after hearing him speak. It just so happened that Cam was going to be in Cleveland soon to give another talk, so John offered to meet him for dinner and to take him to a game.

When the day they were to meet arrived, John learned that Cam was wiped from his speaking tour and wanted to rest. To demonstrate just how serious he was about meeting with Cam and how much he valued him and his time, he decided to make a grand gesture.

In his research, John learned that Cam’s favorite store was Brooks Brothers. So, John went and bought one each of Brooks Brothers’ new Fall items and had the gifts sent to Cam’s hotel room. When Cam got to his room, he was blown away by the thoughtful gesture. Even though he only kept a few of the gifts, Cam ended up giving John all the time he wanted, answering every question. To this day Cam is one of John’s best referral sources.

John is now the founder and CEO of The Ruhlin Group, an outsourced gifting company that helps businesses strengthen relationships with their most important clients, employees, and prospects. He also wrote the bestselling book, Giftology.

“Radical generosity” is a term John applies to his gift-giving philosophy; it’s a concept that more of us should embrace in our personal and professional lives.  Radical generosity doesn’t need to involve giving gifts. For example, a few times a year, I get a call, e-mail or text from John. True to form, it’s never about him. In each case, he’s introducing me to someone he thinks can help me, is calling with a referral or is checking on me to see how I am.

The simple art of appreciating people is easily overlooked, especially when you’re starting out and/or don’t feel you have much to give. At the end of the day, it’s about putting positive actions out into the universe and recognizing that generosity leads to reciprocity.

To hear more about John’s path to gift-giving and business success, listen to our discussion on the Elevate Podcast.