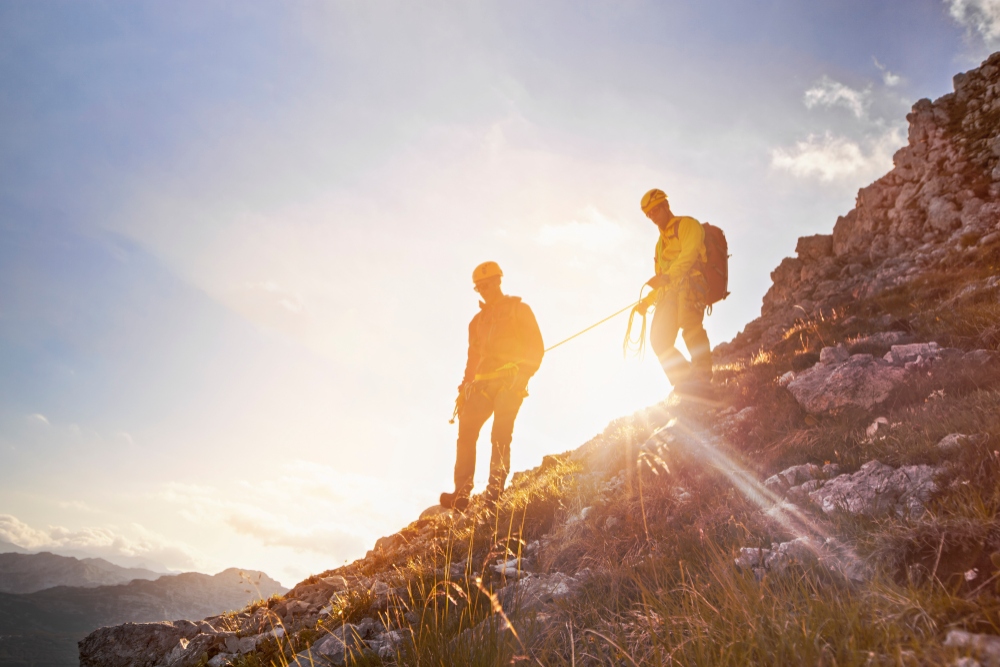 Last week, I wrote about my grinding climb up Grouse Mountain. Fortunately, I didn’t have to climb down as the traffic is only one-way.

While we were able to enjoy a leisurely gondola ride back to the bottom, there are many mountains where this luxury is impossible, such as Mount Everest.

On incredibly steep, high-altitude mountains, the descent can be far more perilous than the ascent. In fact, many don’t realize that the majority of hikers who have died on Everest have met their fate going down. 2019 has been one of the deadliest years on the mountain.

When people are headed up a mountain, they are typically vigilant and focused; they’re locked in on the goal of summiting. On the descent, however, they are tired, their adrenaline is lower and their concentration is less acute.

In thinking about all this, I found it to be a poignant metaphor for leadership.

Consider what it takes to be a good leader. Whether a company is on a rapid growth trajectory or on a downward-facing decline, steadfastness and focus is imperative. In situations of stress, crisis and panic, strong leaders must be the voice of calm and encouragement. They provide the vision for how to navigate the rough patches and slippery slopes that are ubiquitous in any company’s journey.

Conversely, poor leaders tend to panic during precarious times. They often lose their cool and make the people around them even more nervous and defensive, which only serves to exacerbate the situation. As my friend and former United States Navy SEALs commander, Rorke Denver, likes to say, “Panic is contagious. But so is calm.”

Almost anyone can be (or give the appearance of being) a “good leader” when things are going well, whether that’s within a company, in politics, in team sports or in family relationships. What sets a good leader apart from a great one is how they act above and beyond what’s expected.

Great leaders take it one step further by leading when the need isn’t as obvious, such as on the descent down Everest when there are no long queues of climbers and the weather is calm. They don’t let complacency set in or allow for over-confidence. They remain vigilant and see success as an opportunity to coach, point out areas of improvement, reinforce high standards and demonstrate the level of excellence that they expect at all times.

Years ago, I read how legendary New York Yankees baseball manager, Joe Torre, would get on his players’ case if they made mental mistakes or started playing lazily when they were winning a game. If players didn’t sprint to first base, even when their team was ten runs ahead in the ninth inning, they’d get an earful from Joe when they got back to the dugout.

However, if a player made a crucial mistake during a close game, Torre would be the first person to pat them on the back, tell them to shake it off and move on. He never yelled at them or gave them a tough time when they were down and needed support.

Weaker and inexperienced leaders take the easy road when things are going well. They bask in the accolades and often attribute success to their astute leadership. Guards go down and performance gradually declines; when an unexpected obstacle appears, no one is prepared.

What every person and company deserves is a leader who is alert and dedicated when others are losing sight and frustrated. Who’s encouraging and motivating when those around them are tired and fearful. A leader who holds them to high standards, even when things are going well.

We’ll all be called upon to step up and lead during a difficult situation at some point in our lives, be it for a brief moment or for many years. The question to ask yourself is, when the time comes, what kind of leader do you want to be?