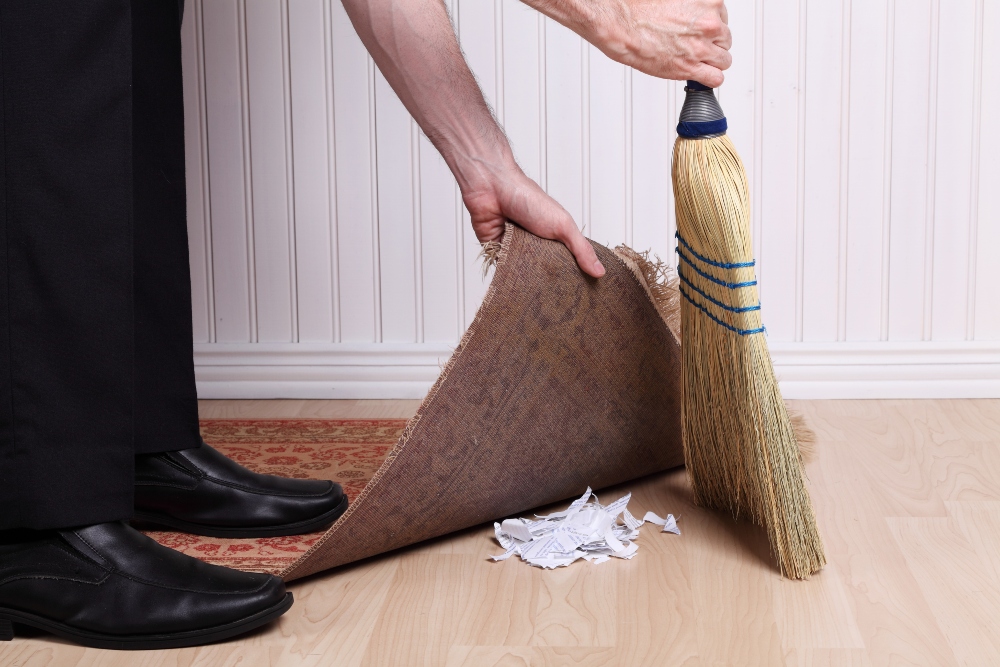 I recently caught up with a friend who works for a large financial institution. During our conversation, he shared that he was dealing with a frustrating situation at work. A member of his team had made a significant mistake that could cost the company a considerable amount of money.

The act wasn’t a result of laziness or incompetence; the individual was a top performer. The crux of the issue is that the team member exceeded their authority in an attempt to solve a problem, which then inadvertently created an even bigger one.

What’s more is that the mistake was compounded by the fact that the team member tried to contain and fix the situation on their own instead of bringing it to the attention of their boss (my friend). All of these factors led to the company scrambling to redress the situation as well as give serious consideration to whether the employee should be let go.

As history and politics have proven time and again, the cover-up is often worse than the crime itself.

This was certainly true for Volkswagen during their embarrassing diesel engine scandal. When employees realized that their new engine would not meet required emissions standards and performance criteria, they decided to install software in over 11 million cars to defeat the emissions tests.

Part of the problem at Volkswagen was the climate of fear and avoid-failure-at-all-costs mentality that then CEO Martin Winterkorn had instilled into the culture of the organization. Employees clearly felt more comfortable using their collective ingenuity to cover up the problem rather than bring the issues to light early on and work towards finding solutions.

The resulting damage to Volkswagen’s reputation and financial position from the cover-up far exceeded anything that would have come from exposing the failure at the outset.

In speaking with great leaders over the years, people who’ve had key people on their team make big and expensive mistakes, their resounding position is that they were unwilling to fire a good employee over a single mistake.

In fact, that act alone could have far greater consequences. This was also something I shared with my friend during our conversation.

In his insightful book, Principles, legendary hedge fund manager, Ray Dalio, writes at length about his views on mistakes. He believes that if employees are punished or fired for making mistakes, then they will naturally cover up their tracks, leading to potentially disastrous outcomes.

To help circumvent this, Dalio and his team created a “mistake log” – a tool that employees of Bridgewater Capital are required to use, including senior leadership. The idea is for employees to share their mistakes so that they and others can learn from them. And while making a mistake at Bridgewater is not a fireable offense, failing to log your mistake in the mistake log is.

This is a great example of aligning incentives to the behavior that you want.

We take a similar approach at Acceleration Partners. When something goes wrong, team members are asked to write a debrief about what was learned, how improvements can be made and even how to prevent the same issue going forward. The goal is not to avoid mistakes, the goal is to avoid repeated mistakes.

We all make mistakes. The question to ask yourself is whether you’ve created a culture within your family, friend circle or organizations that encourages others to bring those mistakes to light before it’s too late.

“When you make a mistake, there are only three things you should ever do about it: admit it, learn from it, and don’t repeat it.”