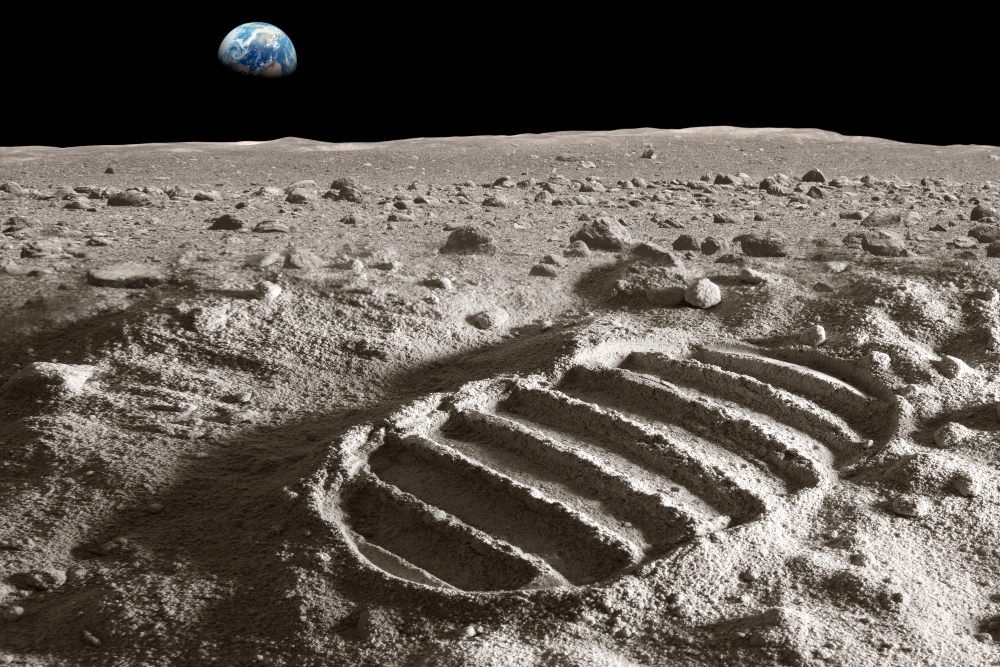 In studying companies with a remarkable, decades-long track record of success and high-performance, Collins found that each had a consistent presence of a BHAG. In each of these organizations, their BHAG served as a North Star for employees and changed the very nature of their business.

“A BHAG engages people – it reaches out and grabs them in the gut.  It is tangible, energizing, highly focused.  People “get it” right away; it takes little or no explanation.”

From a historical perspective, one of the greatest examples of a BHAG is President John F. Kennedy’s declaration in 1962 that the United States would put a man on the surface of the moon before the end of the decade. At the time, this goal seemed unfathomable to most.

This week marked the 50th anniversary of that BHAG coming to fruition: the spaceflight Apollo 11 landing humans on the Moon on July 20, 1969 and allowing Neil Armstrong and Buzz Aldrin to be the first humans to step foot on another planetary body. The third astronaut, Michael Collins, remained in the command module to ensure their safety.

The media coverage commemorating this incredible event has provided insight into the extensive planning, financial commitment, vision and teamwork that was required to make this extraordinary achievement possible. It’s also shed light on three important takeaways that any organization can learn from.

One fact that I’m personally astounded by is that the processing power of an iPhone has 100,000 times more processing power than the computer onboard the Apollo 11. To put this in context, this means that an iPhone today could handle 120 million moon missions at once. So, clearly, it’s not always about having the best technology, or the right tools or the smartest people; it’s about having the individual and collective will.

BHAGs are a combination of boldness and specificity. Had Kennedy said that the U.S. should “enhance its space capabilities,” by the end of the decade, it is very unlikely that humans would have landed on the moon. Similar to the “painted picture” exercise I wrote about in a recent Friday Forward and our own Vivid Vision creation experience at Acceleration Partners, the more inspiring and time-sensitive something is, the more likely others will rally together toward achieving it.

To achieve those first lunar footsteps, everyone needed to understand that they were part of one team with one goal, regardless of their expertise or success in the marketplace.

For example, the hundreds of private vendors who were awarded the contracts to handle key elements of the Apollo 11 technology were competitors outside of the program. However, inside the program, they were part of one team. This was a remarkable example of industry competitors coming together to create an all-star team for a bigger purpose.

What was also apparent from the Apollo 11 anniversary media coverage is that experts from all over the world– from mathematicians, engineers, scientists, mechanics, technicians, pilots and thousands of others who worked tirelessly behind the scenes– all set aside their egos in pursuit of that common goal.

As we celebrate the anniversary of one of the greatest BHAGs in history, it’s worth taking a few minutes to think about our own personal and professional ambitions and what we could accomplish with the right mindset, a clear endpoint and true team effort. The Apollo 11 program proves that, when we don’t allow ourselves or our teams to put personal or team-centered needs above the needs of the organization as a whole, we can accomplish amazing feats.