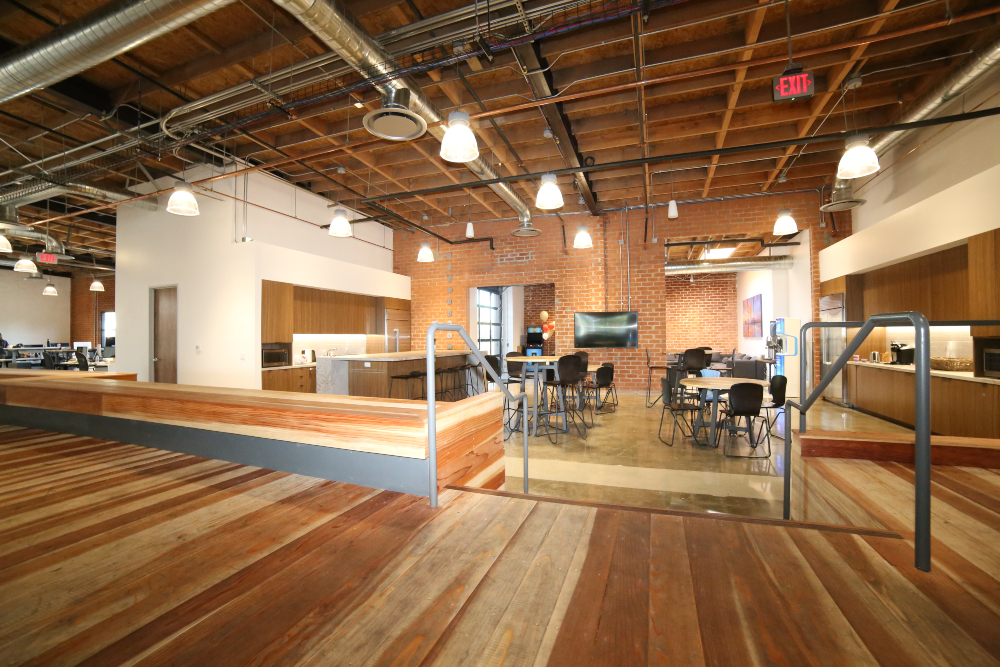 In March 2019, the marketing agency Hawke Media completed a fully customized office space after investing two years and $1 million into the process. The office was stocked with state-of-the-art equipment, a stage for all-company meetings, private call booths, and sleek conference rooms. The office was so impressive, HBO even reached out about filming the final season of Silicon Valley there.

Then, exactly one year after Hawke Media moved in, COVID-19 hit. The company sent all their employees home in March 2020 as the outbreak engulfed California and the world.

Before the pandemic, CEO Eric Huberman didn’t believe remote work was right for the company; he thought in-office camaraderie and collaboration were irreplaceable. But his employees adapted quickly, and the business continued to grow.

When the time came to determine his company’s future workplace model, Huberman surveyed his team to ask if people wanted to return to the office when the pandemic passed. More than 80 percent of employees didn’t want to—in any capacity.

While some leaders may have tried to push their teams to return to the beautiful workplace they’d invested so much time, energy, and money in creating, Huberman realized the importance of not letting Hawke Media’s past dictate its future. He and his leadership team listened to their employees, and they decided to give up their world-class office and commit to working remotely beyond the pandemic.

“That office was exactly what we needed a year ago. And then the world changed,” Huberman said.

Organizations around the world are confronting this same question—whether to return to the office, stay remote, or try a hybrid of both. While there isn’t a single specific strategy that will work for every organization or team, it’s better to make the decision by looking forward, not back.

When faced with important decisions, many leaders fall prey to the sunk cost fallacy, choosing to continue on the same course simply because they’ve already expended considerable resources in that direction. This is rarely the right choice and often leads to more lost time and money.

To see what it looks like to avoid the sunk cost fallacy, look no further than Netflix, which has dodged this trap on multiple occasions. When Netflix launched their streaming platform in 2007, they didn’t care about competing with their own DVD business, because they saw the future of the market was leading toward streaming. Years later, in 2013, they began investing in original content, realizing that they’d need their own programming to compete as more established media companies joined the streaming market.

Netflix made both of these changes before they had to, rather than stubbornly sticking to their previous course, even though neither transition was painless. Their willingness to change as the market evolved is one of the reasons their stock has grown by 1,324 percent in the past decade.

COVID-19 has changed the world. There have been fundamental shifts to entire industries and business models, as well as a collective realization that some prior assumptions about where and how work can be done productively were incorrect. Ignoring these changes and data points and assuming things will go back to “normal” is a critical mistake.

Great leaders and organizations are willing to make difficult decisions about what is best for the future of their businesses based on the best information they have today. They don’t get caught up in nostalgia or fret over sunk costs.

Leaders and leadership teams need to make clear, well-considered decisions about what comes next for their workplaces, taking into account the needs of different stakeholders. They must also recognize that whatever the decision, it won’t make everyone happy.

The path you choose will likely mean losing employees who aren’t interested in or excited by your new strategy. That’s okay; it’s better to plant your flag and prepare for the future than to attempt to appeal to everyone with an ambiguous value proposition or strategy. Your team or organization will be better for it in the long run.

“If you want to make everyone happy, don’t be a leader, sell ice cream.”