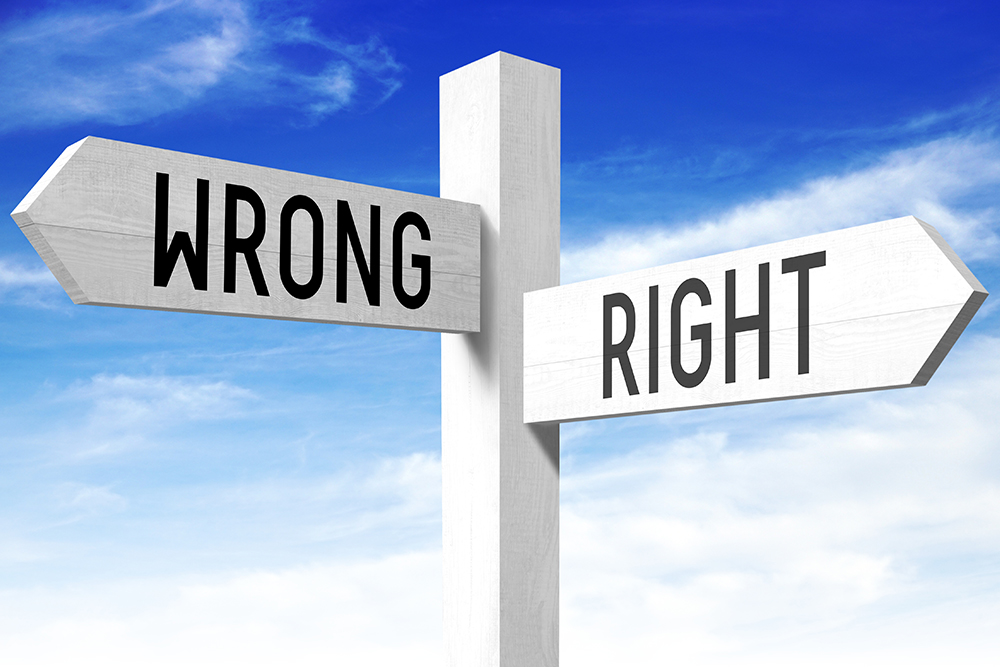 A few weeks ago, I wrote about the topic of praise and criticism and how it relates to Kim Scott’s perspectives around feedback. Another gem from her book, Radical Candor, is about being right versus getting something right.

Kim writes about a conversation she had with Andy Grove, the former CEO of Intel, about Steve Jobs. Grove made the remark, “F-ing Steve [Jobs] always gets it right,” to which Kim replied, “Nobody’s always right.”

Grove’s response was, “I didn’t say Steve IS always right. I said he always GETS it right. Like anyone, he is wrong all the time but he insists, and not gently either, that people tell him when he’s wrong, so he always gets it right in the end.”

The recollection of this conversation from Scott’s book was recently triggered while reading an article about Amazon CEO Jeff Bezos. When asked by CNBC contributor, Suzy Welch, what he looks for when he promotes someone into a leadership role, Bezos’ answer was “I want people who are right most of the time.” What can be inferred from this statement is that they are right most of the time because they’ve learned how to make the tough calls and focus on delivering the best results – even if it potentially goes against the opinion or perspective of Bezos.

These are examples of two of the greatest business leaders of our generation putting their ego aside to arrive at the best outcome; and it’s hard to argue with their results. What was most important to them is not that they be right, but that their teams get to the right answers, which ultimately means their company will get it right.

The best leaders want to be challenged and proven wrong by others, a concept that Ray Dalio, author of Principles, refers to as an “idea meritocracy.” The expectation behind this principle is that people be empowered to bring the best ideas to the table and challenge leadership. It honors the reality that the best ideas can originate from anywhere and anyone – regardless of role or position.

Most of us, as individuals and leaders, would find it difficult to honestly say that, deep down, we want to be wrong and for others to be right. Our ego does not readily embrace such perspectives. Deep down, we all want to be right because it’s validating and makes us feel smart.

However, such ego-driven thinking typically leads to suboptimal outcomes and even the repression of new ideas. If two of the smartest, most strategic leaders in the last 100 years were happy to be proven wrong, then the question we really need to ask ourselves consistently in both our personal and professional lives is, “Do I want to be right? Or do I want to get it right?