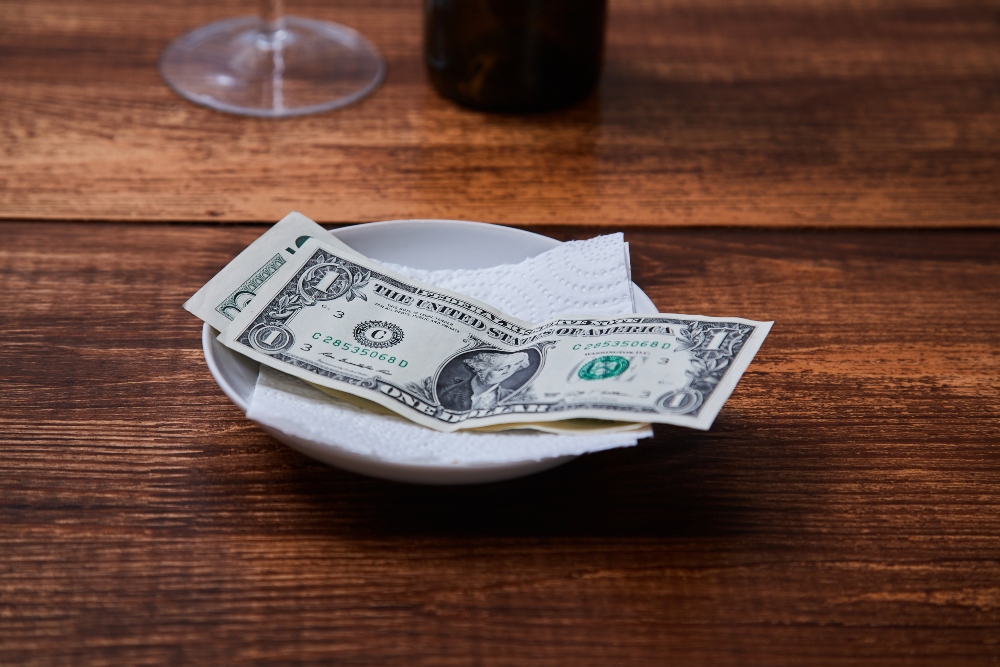 We all know the value of change, but it can be difficult to make in reality. The longer we’ve done something a certain way, the more challenging it is to take a clear-eyed look and see there might be a better way.

Tipping is an example of this. In the United States, a tip of 20% for restaurant service is pretty much expected today. However, this is not the standard in most parts of the world. For example, I once visited a local bar in Europe and learned the bartender would be offended to receive a tip for doing his job.

Under the current tipping norm in the US, working as a server or bartender is a good way to make a living, especially for young people with limited work experience. But upon reflection, some aspects of tipping as we do it in America don’t make sense. For example:

Tipping also doesn’t have a great history. Back when most tips were paid in cash, tipping was a known tax dodge. Many people would be surprised to learn that tipping in the US actually has roots in slavery. Many of the earliest tipped jobs in America were designed so employers could avoid giving wages to former slaves.

Last year I learned that Danny Meyer, an innovative, thoughtful leader and the CEO of Union Square Hospitality Group (USHG) and Shake Shack, started an initiative called Hospitality Included. The program eliminated tipping at all of USHG’s restaurants, including the famed Gramercy Tavern. USHG is known for its excellent culture and training programs, and Meyer felt that, in addition to the reasons above, tipping was not the right choice for his highly team-oriented business.

USHG also had a hard time retaining important “back-of-house,” talent—kitchen staff, bussers, and other staff—because those roles didn’t have the same financial upside as working in front. Meyer believed eliminating tipping would ultimately provide more continuity of service and a better, more streamlined experience for customers.

Because of all this, USHG made the change.  Now their restaurants instruct diners not to tip and instead build server and bartender wages into their menu prices, resulting in a more equitable wage distribution.

Recently, I met Erin Moran, USHG’s Chief Culture Officer and had a chance to talk with her about the program and its progress. Like any major change, she admitted it had not been easy and has taken longer than expected to roll out to all the restaurants. Many of their employees weren’t happy with the change, which led to initial turnover. Customers also had to adjust too as they were seeing higher menu prices that more accurately reflected the cost of their meal.

In the long run, however, Moran said the initiative is having the desired outcome and may become a competitive differentiator for the business.

What often separates great organizations and leaders from good ones is this: the perspective to have a differentiated point of view, the willingness to make a difficult change and the commitment to see it through.

Making change takes vision and courage and leads to frustration along the way. But in the end, it’s the only way to stay ahead. What changes do you need to make, but have been avoiding?

If you would like more of an insight into the origin and struggle behind Hospitality Included and the incredible culture at USHG, check out my interview with Erin Moran on the Elevate Podcast.

“What the wise do in the beginning, fools do in the end.”