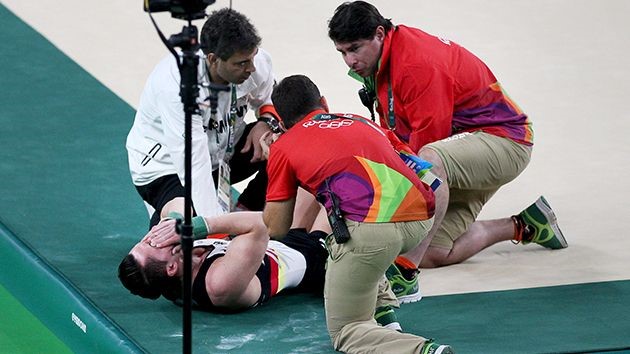 I have seen a lot of gutsy sports performances in my life, but twenty-five-year-old German gymnast, Andreas Toba’s feat in Saturday’s Olympic event may have topped them all.

In his individual floor routine, Toba landed awkwardly on his knee and cried out in agony before collapsing to the mat. He was unable to finish because of what was eventually diagnosed as a torn ACL. He sat in tears on the sidelines with his teammates, knowing his individual chances for an Olympics medal were finished. 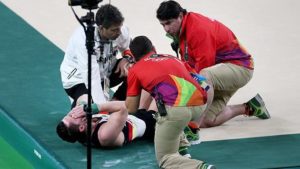 However, Toba realized that Germany needed him to complete his final routine on the pommel horse for the team to have a chance to advance. So he limped out in visible pain and gutted through a performance on the pommel horse, which required an aerial dismount. In doing so, he secured Germany’s qualification with the very last spot in the medal round and demonstrated what it means to make a true sacrifice for your team.

I am in awe of Toba’s incredible and selfless act and hope that we could each make a similar sacrifice if called upon to lift up one of our teammates or to reach our common goals.

“I am a member of a team, and I rely on the team, I defer to it and sacrifice for it, because the team, not the individual, is the ultimate champion.”