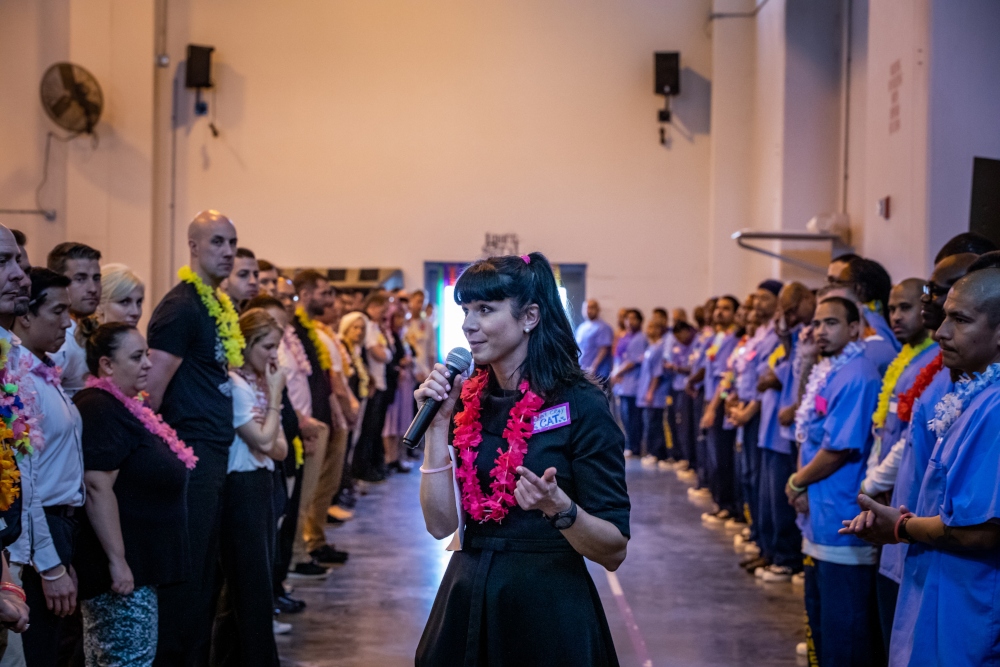 Last week, I wrote about my incredible experience visiting a maximum-security prison with a group of business leaders. I also shared three lessons that I took away from it.

I was touched by the notes I received from people around the world who vulnerably shared their reactions to that post and their personal stories related to incarceration – either through a similar program or with a friend or family member in prison.

Reflecting on my experience and their notes, here are three more takeaways from my volunteer visit to Kern Valley State Prison.

We Are More Similar Than Different

As I mentioned last week, one of the most powerful exercises we did was to line up along a taped line across from an inmate; we’d all step forward or backward depending on if our answer to a question was true or not. In addition to illuminating clear differences in our upbringing and support structures, this exercise also exposed significant discrepancies when it came to getting into “trouble.”

A major difference between many of the inmates and the volunteers is that, when the inmate got into trouble early in their life, their families did not have the resources to bail them out or make the problem go away. Rarely did the inmate or their family have the financial wherewithal to hire an experienced (and typically expensive) attorney. Instead, they had to rely on court-appointed attorneys, many of whom are inexperienced and/or maintain high caseloads. 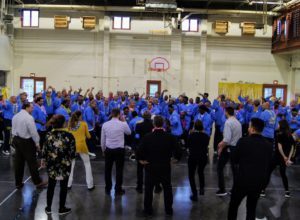 Even when an inmate had gotten into trouble in ways similar to someone in our volunteer group, they were penalized far more harshly for their actions. For example, one was first arrested at the age of eight.

This also has a compounding effect, but in the wrong direction. Some of the poor choices they made in their youth – or were forced to make by a family member or guardian – only led to increasingly bigger problems later on, with added prison time and more serious consequences. The vicious cycle of incarceration is very real.

Every Action Has an Equal and Opposite Reaction

Almost all of the inmates that we met had been in a gang at some point. There were many reasons for this, including being young and vulnerable when they were recruited; lacking a support structure and positive social connections in their lives; and for protection. Many of these inmates lived in communities where gangs have a stronghold and were regularly subjected to violence by rival gangs. Joining a gang guaranteed support and protection as an alternative to being unprotected in their neighborhoods.

Tough new laws targeting gang association had resulted in many inmates having their sentences extended by 10 years, even if they’d joined in their early teens. One gentleman I spoke with was sentenced to 17 years for robbery before he was 18 years old because he had a prior conviction and was accused of being part of a gang; his original crime only carried a five-year sentence.

I heard many similar stories that revealed the real human impact of this policy, which is clearly not succeeding in serving as a deterrent. Rather, it’s over-crowding prisons with inmates who have done their time, learned their lessons and genuinely want to be productive members of society.

Perhaps the most important lesson that was reinforced for me on this trip was that everyone has the capacity to be and do better. What they need is hope, the right support systems and someone to believe in them.

Not only is this the blueprint of Cat Hoke’s programs, it’s the same formula parents and business leaders should follow to inspire others to grow their capacity and take their life and/or work to a new level.

This does not discount the hard work that is required to actualize potential, but it goes a long way in setting the stage for success.

If a group of inmates can be inspired to want better for themselves and commit to living a more purposeful life within the confines of a maximum-security prison, just think about what you could do each day to lift up those around you.

The impact could be life-changing.

“We rise by lifting others.”