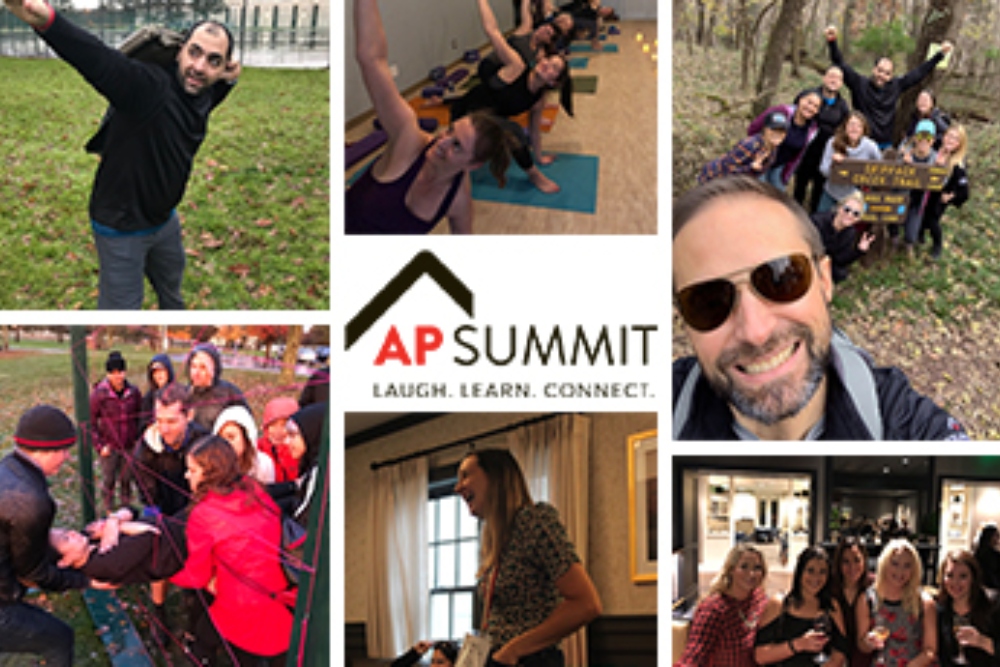 Two weeks ago, we held our AP Summit, an all-company annual retreat. Our theme for the week centered around Embracing Relationships, which is one of our company’s core values.

A big part of embracing relationships is the willingness to be vulnerable. In business, this typically shows up in the form of being open to radical candor and new ideas, stepping outside of comfort zones and being transparent about mistakes and shortcomings.

When team members are vulnerable with each other, it builds trust. In turn, they’re more comfortable and confident about being open with their questions, sharing new ideas, debating and discussing challenges and expressing differences of opinion, all of which allows for stronger team performance.

As researcher Brenè Brown explains, vulnerability is the birthplace of creativity and innovation.

Our opening speaker at our AP Summit is an inspiring example of how vulnerability is a strength, not a weakness, especially in leadership. JT McCormick, the CEO of Scribe Media and author of I Got There, openly shared how he overcame racism, poverty, neglect and heartbreaking sexual and physical abuse to achieve the American Dream. His talk was so emotional, raw and powerful that it brought many to tears.

JT was followed by Eric Kapitulik, founder of The Program, a leadership and team-building training company. Prior to starting The Program, Eric served in the United States Marine Corps as both an Infantry and Special Operations Officer. Eric opened by sharing a story about how he and his platoon were in a helicopter crash that resulted in the death of seven Marines.

After sharing his story and some of his life experience since that harrowing day, Eric and his team led our employees outdoors to a large field where it was raining, muddy and cold. Teams were put through various leadership drills and missions. And when we failed, we had to do push-ups, sit-ups, jumping jacks and other physical “consequences,” all surrounded by swampy puddles and goose droppings.

Sounds terrible, right? Yet, I didn’t hear a single complaint. Having just heard these stories and knowing that we could all shower, change into clean clothes and be comfortable again, there was a tremendous sense of gratitude and camaraderie. In fact, most people ranked this training as a highlight of their week and year.

Both of these presentations and experiences opened new conversations and brought transparency between team members to new levels.

Knowing how important strong relationships are to our happiness and health, in advance of AP Summit, I asked employees to send to me five relationships that they’d like to start, grow or rekindle. Many of the responses were very personal. The most common themes were “spouse,” “myself,” “parent,” “grandparents,” “out-of-touch friend,” “sibling,” and “relative I’ve never met.”

Then, at our closing dinner, our culture team surprised several employees by informing them that their Embrace Relationship submission had been selected to become a reality.

Shortly after the presentation, other team members came up to those employees, embraced them and shared something with them that they hadn’t before, at least not in a professional context. This willingness to connect vulnerably created further increased trust, respect and understanding in ways that might not have been possible otherwise.

It was an unforgettable moment and one that I have no doubt will lead to much individual and team success and a new appreciation of what it means to share your authentic self with others.