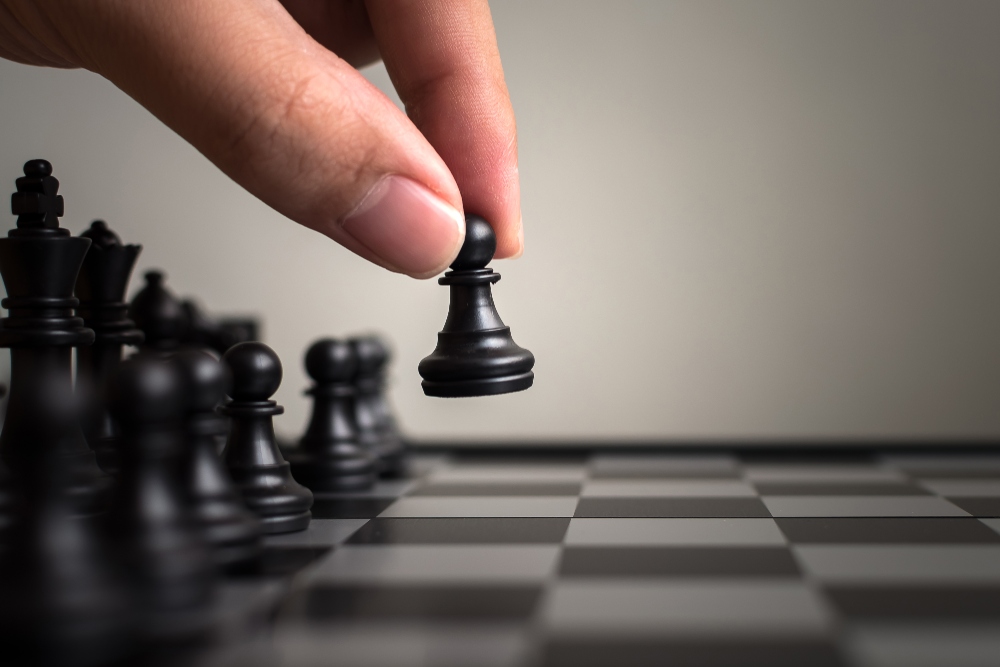 Bobby Fischer is known as one of the best chess players of all time. He first learned the game at age six and went on to become the youngest player to win the U.S. Chess Championship at 14 and the youngest international grand master at the age of 15.

Fischer was an eccentric and controversial genius. It’s estimated that he had an IQ of 181.

Interestingly, Fischer was a rather predictable player. Throughout his career, he opened games with 1.e4 (King Pawn) almost exclusively, a move he referred to as “best by test.” e4, as it became known, was his trademark.

Yet, despite never surprising his opponents in the openings, he still dominated them. His extensive knowledge allowed him to outplay even the most prepared opponent.

In 1972, Fischer made it to the finals of the World Chess Championship in Iceland where he faced the defending champion, Boris Spassky of the Soviet Union.

With the two players tied heading into the sixth game, Fischer played c4 (English opening, Queen’s Gambit) a move that surprised the world – but most importantly, his opponent.

Playing a c4 opening actually favored the Russian’s style of play. However, making this move dealt a psychological blow to Spassky, putting him on the defensive. Fischer ultimately beat Spassky at his own style, winning not only the game, but the entire match. He became the first American to win the World Championship, ending 24-years of Soviet chess domination.

It was called the “game of the century.”

The first is that Fischer had participated in a “long con,” a term that usually refers to a scheme designed to sacrifice in the short-term to pay off in the long-term. Examples include “hustling” at pool or the street performer who tries to have you guess which cup the ball is under, intentionally letting you win the first few rounds so that you up your betting and lose even more money at the end.

In Fischer’s case, this would imply that he had played the same move his entire career in anticipation of one day playing in the World Championship and he wanted to have a surprise advantage. Playing the same opening move showed his hand to the competition. But if he was confident in his ability to win, then this strategy gave him the advantage of having a play in his back pocket to be used at just the right moment. Such a strategy requires both incredible vision and patience.  With a 181 IQ, I would not put it past him.

The other possibility is that when it mattered most and the stakes were highest, Fischer decided in the moment to roll the dice, take a chance and go against the familiar in the pursuit of the victory.

There is no question that Bobby Fischer is a complicated character. He was a genius chess player but he also said some incredibly ugly, hateful things towards the end of his life. Despite this, his story offers wisdom on what it takes to win at the highest level.

Think about what you want most. How many moves ahead are you planning? What are you willing to sacrifice along the way to get there? When everything is on the line, are you willing to jolt yourself out of your comfort zone and go for it or stay with what got you there?