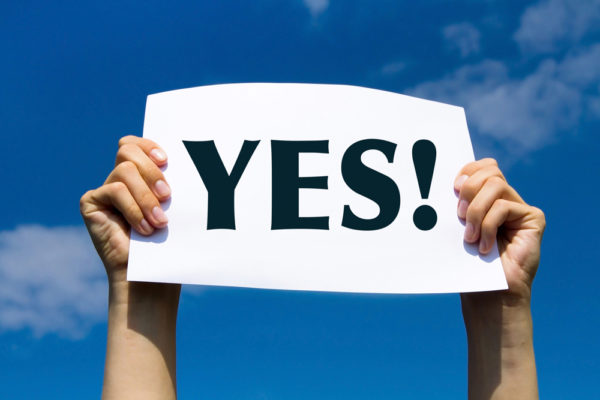 I’ve heard “You have to listen to the Derek Sivers/Tim Ferriss Podcast” from so many friends and colleagues that I’ve lost count. And they were right. I finally found the time to do so and I was not disappointed.

Derek Sivers founded CD Baby in 1998 to solve the problem of distributing his own CD’s to independent musicians. After friends asked if he could sell theirs, too, CD Baby grew into an established online CD store without any investors. By 2008, CD Baby was making about $250K a month net profit.

Derek is incredibly well-spoken, insightful and thoughtful and is a treasure trove of life and business wisdom. One of my main takeaways from listening to Tim’s podcast interview of Derek is his “Hell Yeah or No” approach to life.

This ideology was solidified some years ago when he said “no” to a trip to Asia that he didn’t want to go on.  He realized that, by saying “yes” to things in his life that he really didn’t want to do, it took away from what he truly enjoyed doing and distracted him from his goals and objectives. So, he decided then and there that if something wasn’t a “Hell Yeah” from his perspective, then it was a “no.” Today, he says no to most requests and thus has time for the things that he loves and really wants to do.

I can really relate to this struggle and have tried to become more aware that every time I says yes to something that I’m not genuinely excited about, it’s a drain on my energy and a distraction from my long-term goals and happiness.

The “hell yeah” principal is also something that has improved our recruiting process at AP. We realized that, while we eventually hired the right person, we’d often let the wrong people get too far along in the interview process. Although interviewers saw red flags along the way, they’d wait for others to validate them. After taking a close look at our recruiting process, we decided that if a candidate is not a potential “hell yeah” from the beginning, then they are a “no” and it’s made a significant improvement in our hiring efficiency.

For the next few weeks, when you are asked to do something, ask yourself, is it a “hell yeah” or a “no”? I think you will find this filter to be liberating, I know I have.

For more of Derek’s wisdom, I too recommend that you listen to his podcast interview with Tim Ferriss or watch his Ted Talk on “How to Start a Movement.”

Quotes of the Week

“Whatever excites you, go do it. Whatever drains you, stop doing it.”