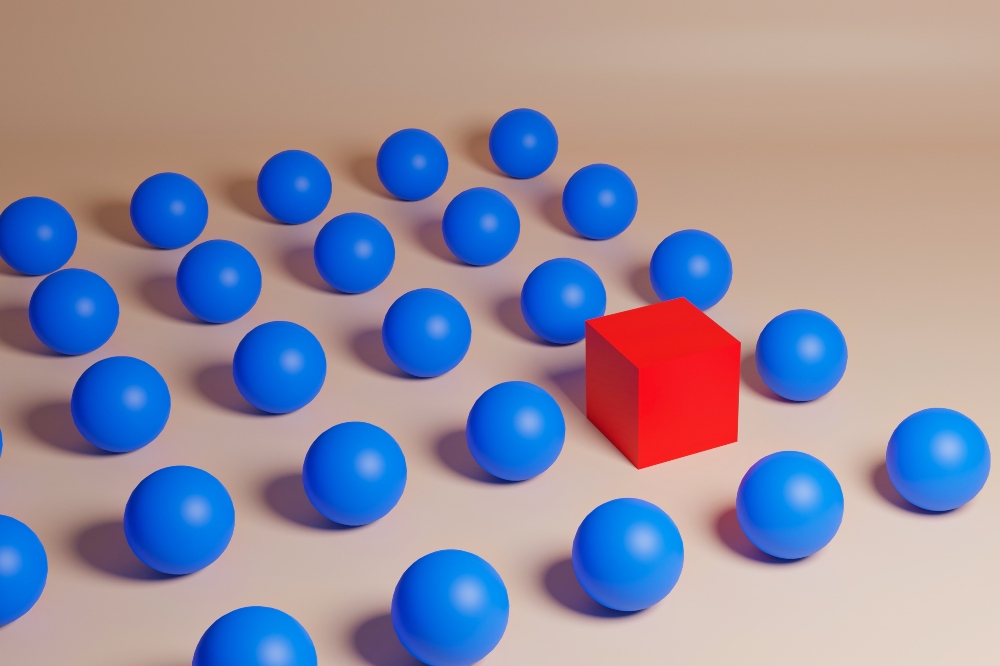 Many years ago, a frequent flyer on Southwest Airlines was consistently disappointed with every aspect of the company’s operation. She became known within the company as a “Pen Pal,” because she’d send a written complaint after every flight.

Her last letter reached the airline’s iconic founder and CEO, Herb Kelleher’s, desk, with an attached note that said: “This one’s yours.”

In sixty seconds, Kelleher wrote back and said, “Dear Mrs. Crabapple, we will miss you. Love, Herb.’”

I believe feedback is essential, one of the best ways for individuals and organizations to uncover their blind spots, course correct and take advantage of opportunities to improve. Generally, we don’t ask for, or receive, enough direct feedback.

However, there is one type of feedback that’s often better to ignore: “feedback of one.”

“Feedback of one,” is an outlier; when a single person or very small group is dissatisfied, that’s often due to their specific needs or wants. That person’s singular response may be irrelevant, or even contrary, to what the majority values. In some cases, that respondent may just have a fundamental disagreement with the individual or organization’s core value proposition.

In five years of writing Friday Forward, I have received consistent feedback that has improved my writing and raised my awareness about topics that may be overly controversial.

At the same time, I also get frequent “feedback of one,” which I’ve learned to treat more discerningly. One example of this is when a reader strongly suggests I write about a specific, nuanced topic that is clearly important to them, but not broadly resonant.

Recently, a reader suggested that I refrain from sharing stories in the first person, and a few weeks later even offered an example of how I might re-write that week’s message in their preferred format. I thanked them for the feedback, weighed it carefully and replied that I was not going to make that change.

Ultimately, I decided the first-person perspective was integral to Friday Forward. The messages are structured around a personal storytelling framework that I’ve learned—from years of positive feedback –resonates strongly with many readers. One person’s viewpoint doesn’t invalidate this approach, and making a drastic change as a result of this “feedback of one,” might impact a larger group of readers.

It’s impossible to make everyone happy; each of us has to decide who we want to make happy. Overreacting to a single voice or vocal faction carries as much risk as ignoring feedback, especially when people want to change the exact thing that many other people value.

Herb Kelleher understood this keenly when he wrote his pithy response. That understanding is why Southwest was more profitable than every other American airline combined, and had the highest customer satisfaction ratings during that same time period.

The things that frustrated the customer about Southwest were the core differentiators that the vast majority of employees, investors and customers had come to love.

Because of Southwest’s reusable plastic tickets and lack of assigned seats, their planes boarded faster and flew on time. Their flight attendants were casual, but also funny and approachable. Southwest didn’t focus on first class and fancy food, they offered the lowest prices without any hidden fees.

Had Kelleher and the Southwest customer service team taken this feedback and changed their approach, they might have alienated far more customers and diluted their competitive advantage. They didn’t need to change; in this case, the customer just needed to find a different airline.

Be open to feedback, acknowledge it and be willing to act where appropriate, especially when you hear recurring themes or patterns. Just be careful of overreacting to the feedback of one. While all feedback deserves acknowledgement, not all feedback requires action.

“I guarantee whoever said ‘the customer is always right’ was definitely a customer.”