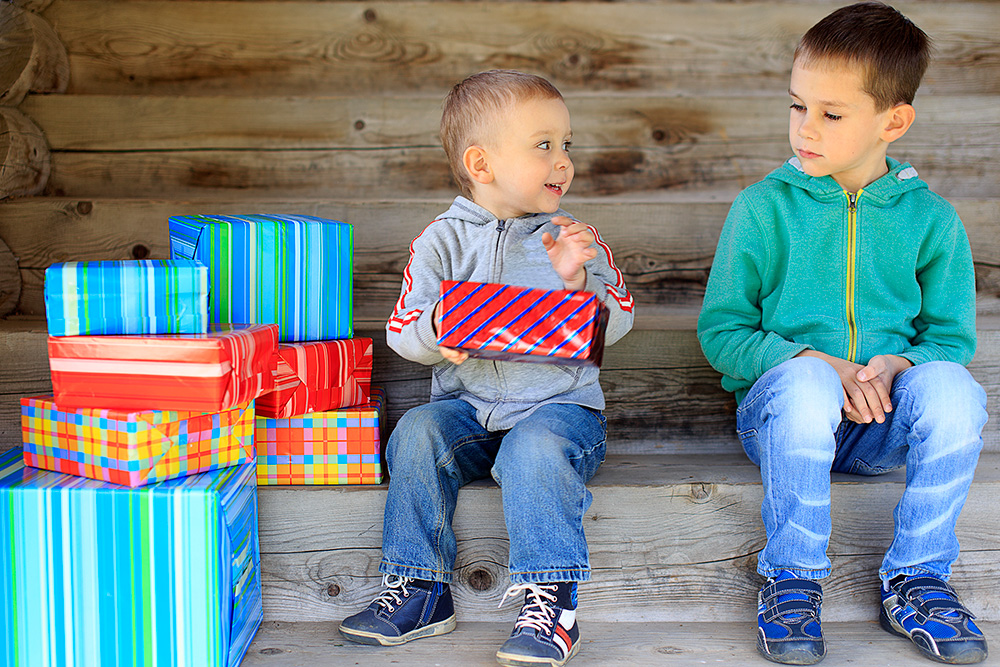 A while back I read a study where people with a net worth of $1M to $100M were asked how much money they needed to feel wealthy. The universal answer was almost always 30 percent more than whatever they had.

It’s not wrong to want more. What’s dangerous is believing that if we just had more we would be happier. There will always be people who have more. The real test of happiness is whether we can be content and appreciate what we have in the present without dwelling on the past or worrying about the future.

One of the best ways to appreciate what you have and develop a deeper sense of gratitude is to spend time around people who have less, be it health, wealth or opportunity.

I was given a very important lesson related to this a few years ago. To celebrate my birthday, I had organized the perfect trip with my family. I was particularly excited about it as it was an opportunity for us to ski together at my favorite mountain (Alta) in Salt Lake City for the first time.

On the first run of the day, Max, my middle son, caught an edge near the bottom of the hill and tumbled down, head over heels, several times. He got up and was shaken, but initially appeared okay. Within minutes though, he was throwing up and taken to first aid. There, they diagnosed him with a major concussion. Hours later, when he didn’t get any better, we took him to Salt Lake City’s children’s hospital, where he spent several hours under observation and underwent a brain MRI to ensure there was no major damage. It was one of the scariest, most difficult moments I’ve had as a parent.

The “why me” feeling did creep into my head as I lamented the runs of bad luck I’d been having on my birthday over the past few years. Then, I strolled around the children’s ward at the hospital. To say that put things into perspective is an understatement. In an instant, I was no longer focused on myself or Max. I knew that, after his scan was clear, he would be going home that day. Most of the children in the unit, however, would be there for months. And many were so ill, they wouldn’t be going home at all. So, I found my wife and told her that I felt like the luckiest person in that hospital that day, and I meant it.

Rather than focusing on having 30 percent more, remember that there is always someone who has 30 percent less than or 30% of what you have. Spending time with them can definitely put things into perspective. What’s more is that learning to be grateful for what you have is also a major factor in cultivating resilience.

In an earlier Friday Forward, I shared how studies have shown discernible differences between people who display resilience and those who do not. Two notable characteristics are that those in the more resilient group practiced more gratitude in their lives and were more charitable overall.

This weekend, look for ways to be grateful for what you have and see if you can gain perspective from others who have less rather than focusing on those who have more.

“Suffering is an excessive focus on yourself.”