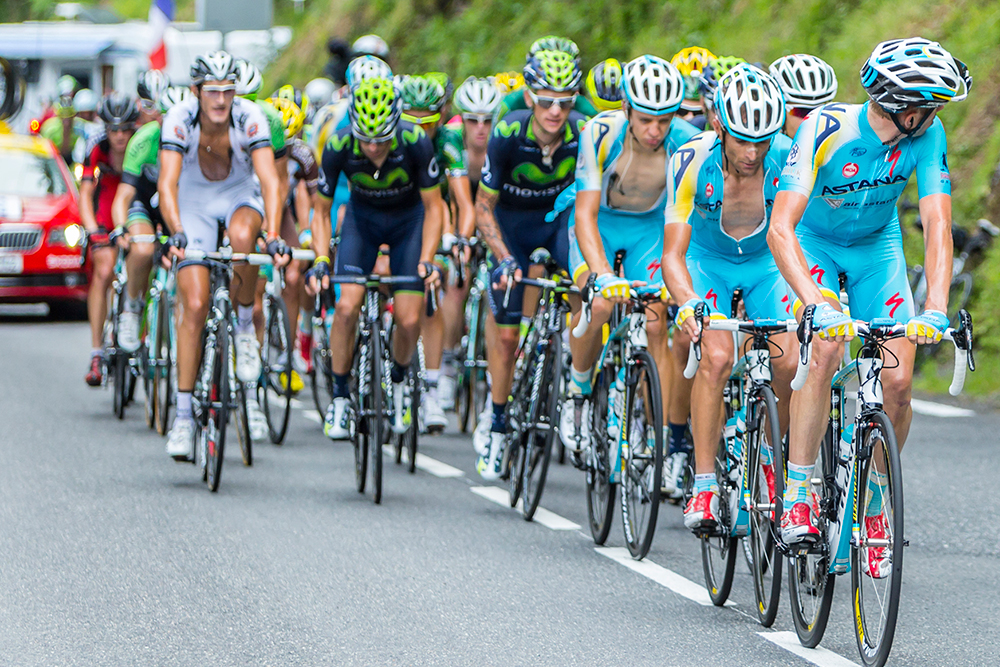 I am a huge fan of my Peloton Cycle bike and have been incredibly impressed at the company’s amazing growth over the past few years. They came out of nowhere to dominate a brand-new market with sales estimated at $200M this year. The Co-founder and CEO of Peloton Cycle, John Foley, attributes the company’s success to its two core philosophies, which he outlines in this short video.

The word “peloton” comes from road bicycle racing and is derived from the French word “ball.” As many of us have seen when watching the Tour de France, the peloton is the group of riders who ride/partner together in a formation. 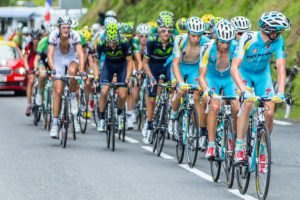 In this formation, riders who are positioned up front allow for those riders in the middle of the formation to “draft,” thus reducing their drag (effort) by as much as 40 percent. The peloton rotates throughout the journey, giving everyone in the group the opportunity to take turns pushing and resting. This concept is actually modeled after the formation of a flock of birds who fly in the same way.

The peloton is a successful strategy as it allows each team member to perform at their best while also efficiently conserving energy. Teams also often use this strategy to help support and protect the rider who has the strongest chance of winning the race.

The concept of a peloton is also an instructive metaphor for those times in our personal and professional lives where we need to step up to the front and take the headwind for others, allowing them to catch up and perform better over the long haul.

Yet, just like it wouldn’t be a good use of a rider’s energy to be at the head of the pack for an entire ride, it also doesn’t work for us to always be at the front. What’s needed is self-awareness for when we need to fall back, regain our energy, and let others take the lead.

As their core philosophies reflect, Peloton Cycle’s success has come by making steady progress each day. This serves as a good reminder that achieving success and reaching our goals requires that we continue moving forward while also being mindful about how we’re performing along the way and being aware when we need to step forward or drop back.

“Decide how badly you want it; proceed accordingly.”