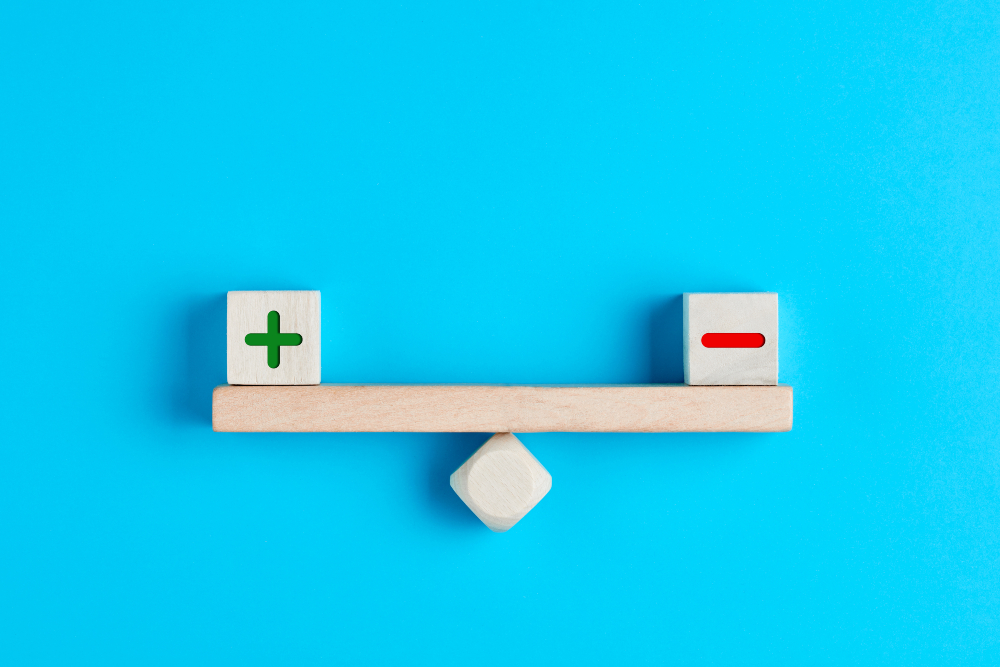 As individuals and organizations have discussed equity and racial justice over the past year, facilitators have often encouraged dialogue by asking participants to assume positive intent from others. This framing results in more openness and vulnerability, alleviates the fear of accidentally saying the wrong thing, and almost always leads to better outcomes.

I believe this mindset is needed more universally in our lives today and I’ve found myself using the “positive intent” framing more broadly within our company, and even outside of work.

After a year of a global pandemic, people are constantly stressed, and feel let down by many institutions in their lives. This has, understandably, caused many to increasingly expect negative intent as a default, and to question the intentions or actions of both individuals and organizations more often.

We each have a choice between assuming positive or negative intent; each create a mindset that dramatically impacts our thoughts and behavior.

If you always assume positive intent, it’s true that you’ll likely be disappointed at some point, or suffer a break in trust with an individual or institution. But while people who assume negative intent avoid being disappointed, they carry a far heavier emotional burden as a result. They actually subject themselves to trauma twice, first by worrying about being let down, and again when the actual disappointment comes to fruition.

Many of us aren’t fully aware of the toll it takes to be constantly waiting for the other shoe to drop. This mindset trains our brains to distrust everyone, and this bias will become self-reinforcing when we are occasionally proven right. This thinking also breeds cynicism and fear at a time when we need less of both.

What would it look like if we did the opposite? For the second time in a year, New England Patriots wide receiver Julian Edelman demonstrated how to assume positive intent in a difficult situation.

Last week, Meyers Leonard, a basketball player, used an anti-Semitic slur while playing the video game Call of Duty during a live stream. Edelman, one of the few Jewish professional athletes, posted an open letter in response, writing:

“I get the sense that you didn’t use that word out of hate, more out of ignorance. Most likely, you weren’t trying to hurt anyone or even profile Jews in your comment. That’s what makes it so destructive. When someone intends to be hateful, it’s usually met with great resistance. Casual ignorance is harder to combat and has greater reach, especially when you command great influence. Hate is like a virus. Even accidentally, it can rapidly spread.”

He also signed the note by saying, “I’m down in Miami fairly often. Let’s do a Shabbat dinner with some friends. I’ll show you a fun time. JE.”

In a time when we find ourselves caught up in an endless debate on cancel culture, I found Edelman’s approach refreshing and productive; he assumed the best from Leonard and offered to help him understand the implication of his words.

It was similar to the approach Edelman took last year in response to anti-Semitic comments from DeSean Jackson, a fellow football player. In that case, Edelman reached out to Jackson for a conversation and invited him to visit the United States Holocaust Memorial Museum with him in Washington, DC. The two had a productive conversation a few weeks later.

We have a choice. We can assume negative intent from others, and be proven right when things go wrong. Or, we can assume positive intent and occasionally be let down, but build more positive and productive connections along the way.

Is there an area in your life where you’re increasingly assuming negative intent? Do you have a sense of what it is costing you and how you might assume positive intent instead?

“When you assume negative intent, you’re angry. If you take away that anger and assume positive intent, you will be amazed. Your emotional quotient goes up because you are no longer almost random in your response.”