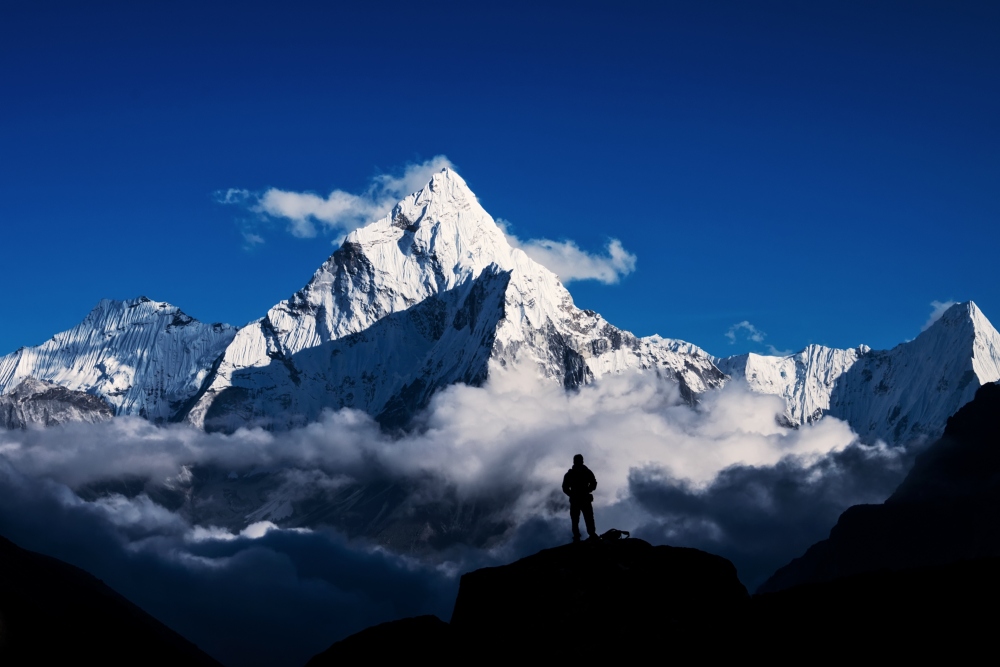 I often joke with my kids that most of the challenges they face are “First World problems,” and they’ve learned to remind me of the same thing.

This phrase is a healthy reminder to be grateful for all the things we have and can do in our lives. It’s also about understanding that, in the grand scheme of things, what we identify as “problems” often really aren’t.

Not only can situations remind us of this, but so can people. Sean Swarner is one such person.

At the age of 13, Swarner was a happy-go-lucky eighth grader playing a baseball game when he heard a pop in his knee. The next day, all his joints were swollen. A few days after that, he was diagnosed with stage four Hodgkin’s lymphoma and given a prognosis of three months to live.

He immediately began aggressive treatment, adding 60+ pounds to his small frame as a result of various steroids.  While his friends were focused on trivial things, such as what shoes they wore and how popular they were, Swarner was focused on fighting for his life. He borrowed a visualization technique he learned from his swimming training and would imagine a microscopic spaceship flying around in his body with chemotherapy guns killing all the cancer.

A year after his diagnosis, Swarner beat the cancer and was in remission. He refocused his efforts on being a kid and playing sports, including returning to competitive swimming.

After being in remission for 20 months, Swarner went in for one of his regular check-ups. It was then that he learned that doctors had discovered a new, completely unrelated cancer in his body called Askin’s sarcoma.

Not only was Swarner the only person in the world to have been diagnosed with both Hodgkin’s disease and Askin’s sarcoma, but the latter has a six percent survival rate.

Given just 14 days to live, Swarner was started on treatment, the goal of which was to extend his life as long as possible. However, the chemo was so intense that he was put into a medically induced coma for each cycle and the radiation was so severe that he lost the use of one of his lungs.

Miraculously, Swarner beat cancer again, even though he does not remember anything about being a sixteen-year-old. Understandably, he wanted to enjoy the lost years of his youth. In college, he focused on having fun and decided to become a psychology major to eventually help other cancer patients.

Then one day he decided that, to really help and make an impact, he needed to scream hope from the highest platform in the world: Mt. Everest.

With only one lung, Swarner became the first cancer survivor to summit the peak. Ironically, an illness forced him to stay behind at camp on the day his group attempted the summit, which they weren’t able to reach due to inclement weather. After recovering from being ill, the weather cleared and Swarner was able to summit on his first attempt.

Since Everest, Swarner has gone on to become the world’s first cancer survivor to complete the Explorer’s Grand Slam—scaling the highest point on all seven continents and then hiking to the North and South Poles. On his last trip to the North Pole, he carried a massive flag with names of thousands of people touched by cancer. He’s now preparing to run seven marathons, in seven days, in seven continents.

In sharp contrast to last week’s Friday Forward, Swarner’s father always told him that he didn’t have to be the best, he just had to be his best, a core value that he’s carried with him into adulthood. Today, Swarner leads people on trips to Mount Kilimanjaro through The CancerClimber Association, a non-profit he founded to help those touched by cancer learn how to focus on hope. These experiences help young people gain confidence through overcoming adversity and challenge.

Incredibly, Swarner considers himself lucky. Lucky for the knee injury that likely saved his life – twice – and for the serious illness that kept him behind on Everest and allowed him to summit.

By choosing to focus on living rather than dying, he is an inspiration and a testament to the human spirit.

Not surprising, his life story has recently been made into a documentary titled, True North, which my youngest son watched intently. I’d also recommend listening to the emotional interview I did with Sean Swarner on my Elevate podcast. Our conversation has forever changed my perspective on what it means to keep climbing and own your reality.

“Want to feel wealthy? Take away everything money can buy and look at what you have left.”